TAPS survivors, staff, and volunteers joined a rally at the U.S. Capitol this week focused on suicide prevention. In all, some 750 people gathered from the around the region to hear speeches, wave signs and make noise in support of policy proposals to curb the growing national suicide rate. The National Council for Suicide Prevention hosted the “Rally to Prevent Suicide”. Survivors, activists, policy makers and leaders from the military and the Department of Veterans Affairs gave speeches raising awareness on the issue. 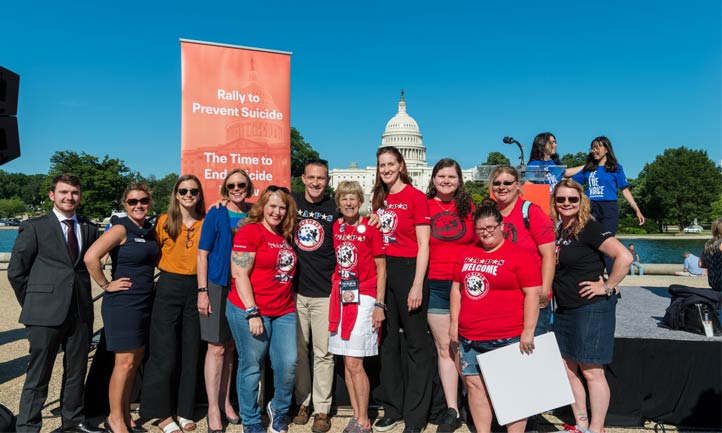 Sen. Jack Reed of Rhode Island spoke about the importance of seizing the energy of the moment to effect change. Keita Franklin, national director of suicide prevention at the VA, and Caitlin Thompson, vice president of community partnerships at the Cohen Veterans Network — both partners and supporters of TAPS in our mutual work on suicide prevention and postvention — gave riveting remarks that galvanized the crowd. Other speakers representing nonprofits like the American Association of Suicidology and the Trevor Project were equally inspiring.

By far, the most moving speech of the event was delivered by Cliff Bauman, an Army chief warrant officer and suicide attempt survivor, who would have died by his own hand in 2002 had he not been rescued by his brother. Bauman told an emotionally powerful story of surviving the 9/11 attacks at the Pentagon, his subsequent PTSD and suicide attempt, and ultimately getting his career and life back on track. Today, Bauman is an accomplished career officer who speaks widely to audiences in the hopes of shedding light on the importance of getting help. 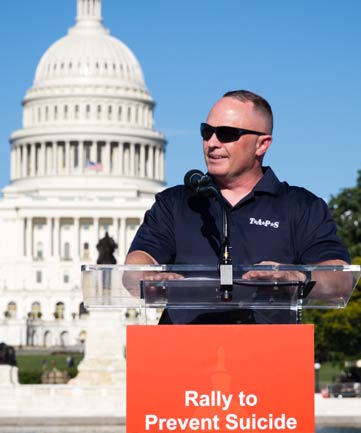 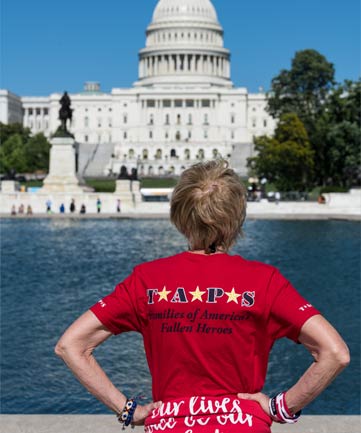 As Bauman put it: "We stand together today, at this moment, to tell the world it is OKAY NOT TO BE OKAY."

See more photos of the rally.

If you or someone you know is having thoughts of suicide please call the National Suicide Prevention Lifeline at 800-273-8255.