Editor’s note: For more than 10 years, TAPS has comforted and cared for more than 11,500 surviving family members who have lost a military loved one to suicide. Each day, an average of three to four new survivors of suicide loss come to TAPS, and we welcome them with the warm embrace that can only come from those who truly understand their journey. This is the fourth installment in a five-part series about how best to support an individual and the community after a traumatic loss.

We have been reflecting on how to create best practice plans to support survivors of traumatic loss. There are four pillars to build a strong plan for supporting those affected by traumatic losses. In previous posts, we have focused on the need for support to be both proactive and comprehensive. Today we will look at grief support that must be ongoing to be effective. 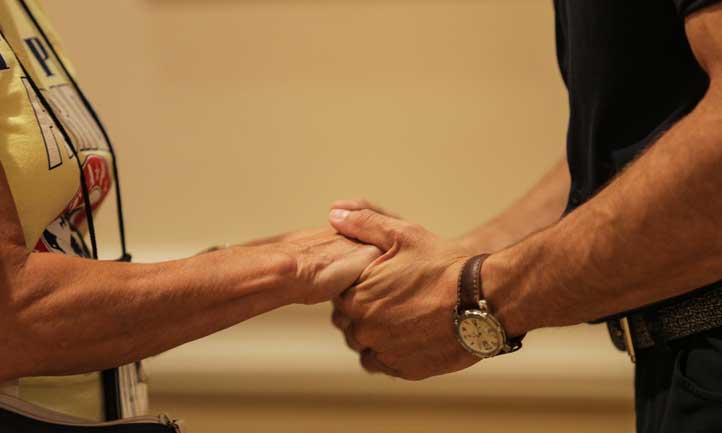 In the immediate aftermath of a tragedy, we may initially see lowered rates of suicide risk because such events may bond us with a sense of common purpose. My colleague, Dr. Carla Stumpf-Patton, raised this point during a recent team discussion, and referred to the fact that on 9/11, suicide rates in the United States were at an all-time, record-breaking low. In times of mass trauma, suicide rates are at the lowest; it could be because the community, in shared grief, comes together for support.

3rd pillar: Support must be Ongoing

For those who are most directly affected by traumatic loss, negative outcomes may not fully materialize until some time has passed. Immediately following a loss, surviving loved ones may be in a state of shock—experiencing feelings of disorientation and numbness. In the weeks following a sudden loss, one may feel a complex range of emotions. Once the initial shock wears off, waves of grief and intrusive trauma images often intensify.

In a previous blog post, I wrote about what I call the “Burst of Support Effect.” The “burst of support effect” refers to the tendency for friends, family and professional supporters to reach out in a time-limited burst of support during a time of crisis. The burst of support is problematic because the most urgent needs of survivors may come well after the loss. Many survivors experience the secondary impact of loss when those they thought would still be standing at their side long after a loss are not as supportive as they would have hoped as their trauma and grief fully emerges.

Shauna Springer, Ph.D., is the senior director of TAPS Suicide Prevention & Postvention Initiatives. She is a licensed psychologist with an undergraduate degree from Harvard University and a doctoral degree from the University of Florida. She previously served as a front-line psychologist in a Department of Veterans Affairs behavioral health clinic, and has helped hundreds of warriors reconnect with their tribe, strengthen their most important relationships and build lives that are driven by their deepest values.