Jaisha Haynes was 14 years old when her father, Staff Sgt. Rodric Haynes, died in 2009. Soon after, at the TAPS Good Grief Camp, she found a group of supportive people who understood the pain of losing someone who was her world. It was at the Good Grief Camps where Jaisha was inspired by her mentors to help other surviving children cope with their loss.

Years later as a young adult, Jaisha put on a “purple shirt” as a Legacy Mentor and found that she really enjoys helping younger survivors cope with their grief and open up about their loss. She has returned to a few Good Grief Camps to mentor newly bereaved Gold Star children. Now as a college student at Texas Woman’s University, Jaisha is studying business and health studies and would love to one day continue helping people in some capacity in the health care field.

Last week, Jaisha explored career opportunities, networked with business industry leaders and took in the sights of New York City during the TAPS Legacy Mentor Experience. The program is designed to help fill the gap created when a loved one is no longer present to help guide their child’s future. 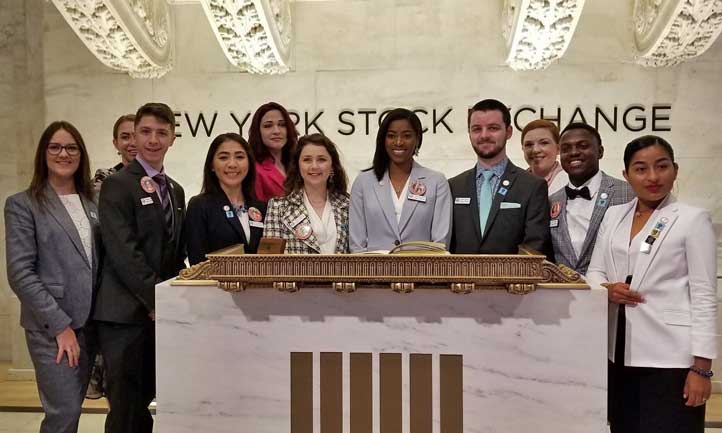 As part of the TAPS Legacy Mentor Experience, Jaisha Haynes, center, and a group of young adult survivors toured the trading floor at the New York Stock Exchange. 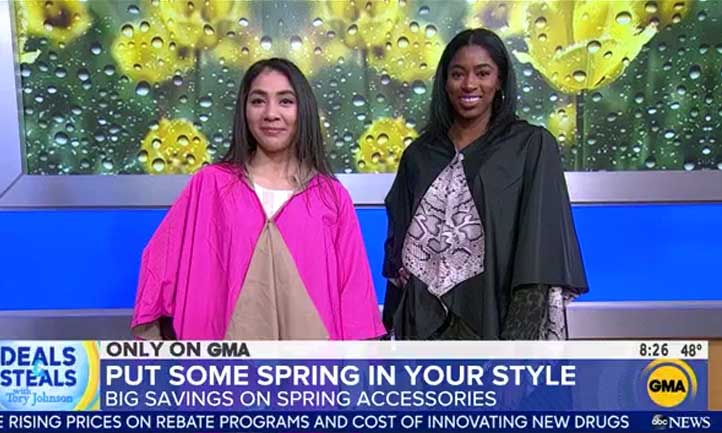 Jaisha and a group of other surviving young adults spent several days traveling around the Big Apple to meet industry leaders at the New York Life Foundation, the New York Stock Exchange, the National Football League and the FealGood Foundation. Along the way, they appeared on a live broadcast of Good Morning America, learned how to dress for success with stylists from Macy’s and met the stars of the Broadway show Come From Away. 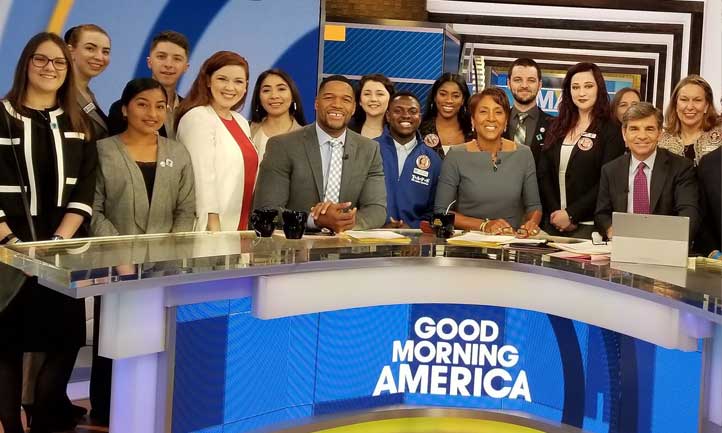 The Legacy Mentors were part of the studio audience at Good Morning America’s Times Square studios and met with the show’s hosts Michael Strahan, Robin Roberts and George Stephanopoulos. 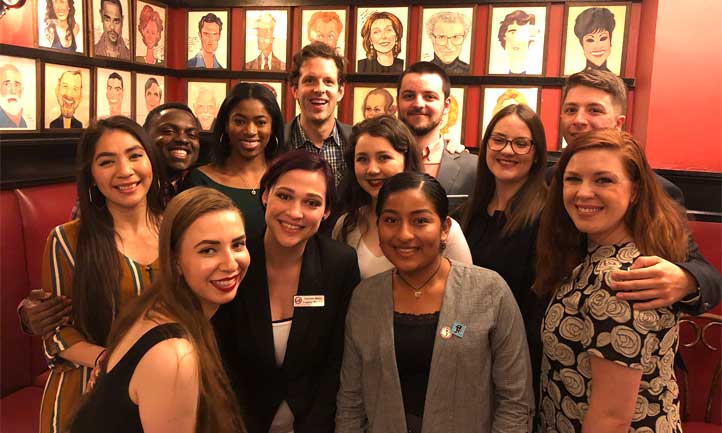 Legacy Mentors enjoyed a meal at the popular Sardi’s Restaurant.

Through a grant provided by NFL, TAPS brought the group of Legacy Mentors — who had all lost a parent who served in the military — to New York. TAPS and the NFL are working together as part of the NFL’s Salute to Service, which provides resources and funds for initiatives that positively impact active duty and veteran military members and their families.

“Our Legacy Mentors are extraordinary young adults who have sacrificed so much for our country and it is inspirational that they have chosen to give back to grieving military children in a way only they can,” said Bonnie Carroll, TAPS president and founder. “As TAPS Legacy Mentors, they are the living legacies of American service and sacrifice, and they honor their parent’s life by turning their grief into compassion for others. They are wonderful examples of resilience who will go on to do great things for our country.”

The group of Legacy Mentors were joined by two recipients of the Diana Legacy Award, a recognition of young people around the world for their social action or humanitarian work. The award is named in honor of Diana, Princess of Wales.