The following is an excerpt from “Life After Suicide” by Jennifer Ashton, MD. It is reprinted by permission of William Morrow, an imprint of HarperCollins Publishers. 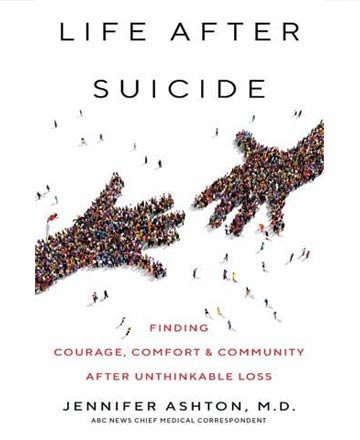 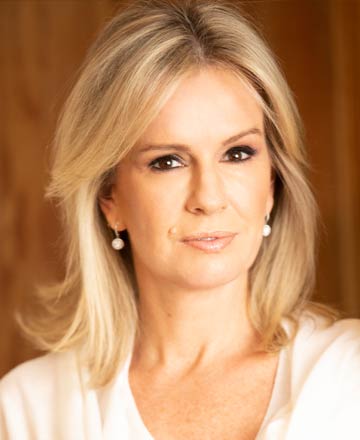 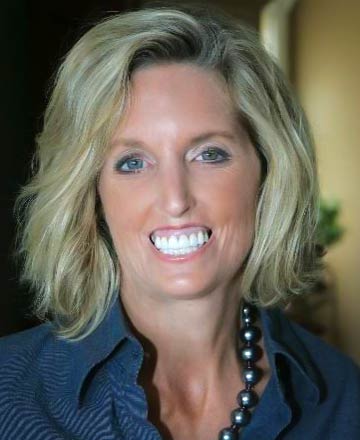 I met a woman named Kim Ruocco. Kim has a BA in Human Services and Psychology from the University of Massachusetts at Amherst and a master’s degree in Clinical Social Work from Boston University. She’s the Vice President of Suicide Prevention and Postvention for TAPS, the Tragedy Assistance Program for Survivors, a military service organization.

She’s also been a widow and single mother since 2005, when her husband, Marine Corps Major John Ruocco, hanged himself in a hotel room near Camp Pendleton in California while awaiting redeployment to Iraq.

From the moment Kim and I met, we didn’t just feel like fellow members of the suicide survivors community, we felt like soul sisters. Both of us had lost men we loved to suicide. Both of us are mothers, determined to do whatever it takes to help our children through the loss of their fathers. And both of us, being health professionals, still wonder what we missed and what we could have or should have done differently to keep men we were so close to from killing themselves.

The military organization TAPS, Tragedy Assistance Program for Survivors, offers peer support and grief resources to families and loved ones of those who died while serving in our Armed Forces or as a result of that service, at no cost to the survivors. Kim turned to TAPS when she heard about their annual Memorial Day kids’ camp weekend and adult healing seminar. Each child at TAPS camp is matched one-on-one with an active duty volunteer service member. There were six hundred children at camp that weekend. All but one of them were matched up immediately.

As great an experience as Kim’s boys had on that first weekend at TAPS, Kim’s experience disappointed her. TAPS offered peer support for anyone grieving the death of someone who served in the military, no matter how that death occurred; because suicide is a whole other kind of death and grief, Kim found herself surrounded by people who were on a very different journey than she was. She was still wondering why and how John’s suicide had happened; still wondering about the suicidal mind and how it works; still trying to figure out why she didn’t see the red flags along the way; still trying to renavigate her faith after her Church told her that her husband, the finest man she’d ever known, a man who served his country with nothing but pride and passion and desperately needed help, had gone to hell for killing himself; still struggling with the shame and the guilt and the emphasis on how John died rather than how he lived and served, while other deaths in the military were honored with medals, monuments, and parades.

Kim felt so isolated and alone at that weekend seminar that she went to Bonnie Carroll, the president and founder of TAPS. Kim explained how much more complex the grieving process is for suicide survivors and why, and talked to her about suicide survivors’ specific recovery needs. By then Kim had sought out other suicide survivors in the military and discovered that they were having the same struggles she and her sons were having, and she hoped that Bonnie and TAPS could find a way to help with their unique needs. Without a moment of hesitation Bonnie said, “Let’s build it.” And with that, she and Kim started to build programs that address the challenges suicide survivors face, and they developed a three-part model that helps people evolve from brokenness to what she calls “post-traumatic growth.”

Part one is stabilization, stabilizing suicide-specific issues and building a solid foundation for the grief journey. Among many other basics, it addresses common concerns like telling children what’s happened in a developmentally appropriate way; navigating your spiritual beliefs, either within your faith community or on a new spiritual path; treating your own unresolved trauma and mental health issues; and identifying family problems that might get in the way of a healthy grief journey and helping to reframe those problems and heal them as the journey begins.

Part two is grief work, or integrating grief into your life. Loss and grief aren’t a one-and-done event. They’re a lifetime process, a part of your life from the moment of the loss. Grief is love. You grieve because you loved. Grief work helps you move away from the trauma of how they died to remembering how they lived, and then helps you develop a new relationship with the deceased—the death of a loved one doesn’t mean the death of the relationship, after all. So how do you continue that relationship in ways that are healthy for the survivor? Part two includes learning to relate to the deceased and incorporate them into your life in a variety of ways, from traditions to communicating with them to embracing and celebrating your memories of them rather than pushing them away.

Part three is called post-traumatic growth. Once people have integrated their grief and their memories of the deceased into their lives, and created a new relationship with them, they find themselves wanting to make meaning out of their loss and find ways to honor their loved one. Some choose to do that by simply looking at the world with more compassion and appreciation. Others do it through creating a new purpose for themselves. Still others become peer mentors, serving as beacons of hope for those who are still in the grief phase of healing, or get actively involved in prevention work.

What Kim has found with the vast majority of suicide survivors she’s worked with, and with herself and her boys, is a common thread of deepening empathy as the healing continues; a very kind, loving connection to the people around them; and an awareness of how what’s happened to them measures up with what those other people are going through.

Dr. Jennifer Ashton is ABC News’ chief medical correspondent and is a board certified OB-GYN. Profits of book sales will go to the National Suicide Prevention Lifeline and the American Foundation for Suicide Prevention in honor of her former husband, Dr. Robert Ashton Jr.