Over the years we’ve cheered for our favorite teams and players. we have worn jerseys, t-shirts and caps to show our spirit and pride. baseball brings to mind cherished memories shared with friends and family.

Since the inception of teams4taps in 2013, the teams, players, coaches, and fans of Major League Baseball have welcomed hundreds of TAPS families at ballparks across the country where those memories were recalled and new, exciting memories were created.

Throughout the 2019 season, survivors have shared incredible experiences provided by host teams, players, and their families. Some of the most special moments were created on the Memorial Day and July 4th holidays. On Memorial Day this year, nine teams hosted TAPS families. Stories were shared and these families were surrounded by the heartfelt support of the baseball community.

A favorite player wearing the name of a military member on their cleats, participating in flag ceremonies during the playing of the National Anthem, starting the game with the announcement “Play Ball,” and seeing their loved one’s picture and name on the jumbotron. Time and time again this season, families were strengthened by the knowledge their loved ones are honored and their sacrifices are remembered.

Time at the ballpark has also opened important doors for survivors – creating a relaxed and safe space that has encouraged some to participate for the first time at a TAPS event. Families come together and are able to have a meaningful experience and conversations with their peers. Survivors of all ages are able to find renewed hope in a community where they do not feel alone in their grief.

Many of our survivors have shared their photos and stories from the baseball season. 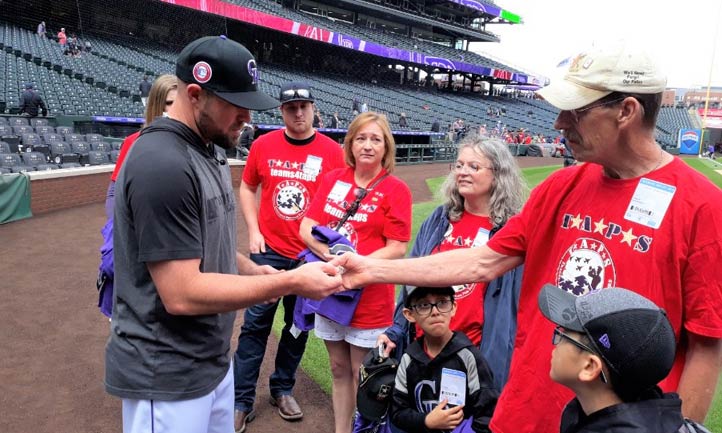 Robert Wichmann, TAPS peer mentor and surviving father of U.S. Army Sgt. Grant Arthur Wichmann, was one of 10 TAPS family members who attended the Colorado Rockies Memorial Day game courtesy of relief pitcher Mike Dunn and the Rockies organization. He presented Dunn with a TAPS coin. “I met the families of two other servicemen, and we shared the joy of their lives with each other and with members of the Rockies organization.” 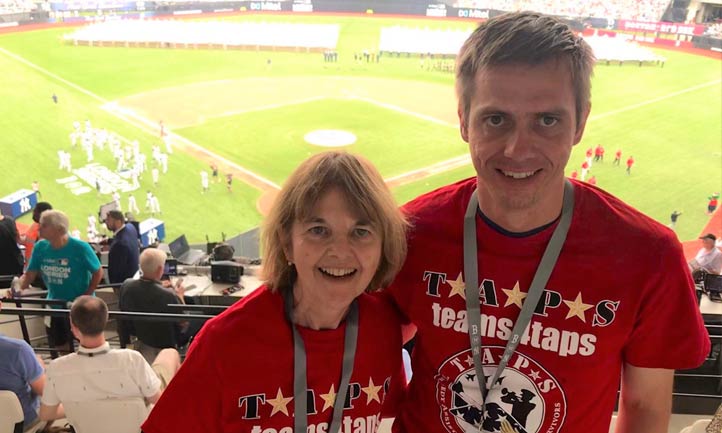 Through the generosity of the Home Base Foundation, TAPS was honored to be invited to attend the Red Sox / Yankees London Series in June. Tessa Wise and her son, David, who live in the United Kingdom, were excited to share in the joy of America’s pastime in London. 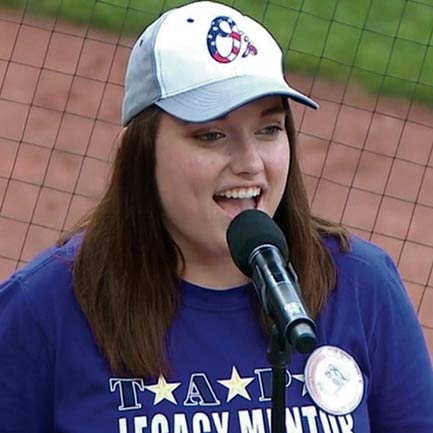 Brooke Nyren, TAPS legacy mentor and surviving daughter of U.S. Army Staff Sgt. Nathaniel Nyren, was invited by the Baltimore Orioles to perform ‘God Bless America’ in honor of her father during the seventh-inning stretch on Memorial Day. Brooke, attended the game with her mother, Courtney, and other family members, said, “Growing up, I was in Camden Yards every season with my dad. We had so much fun going to games rain or shine. After he died, I did not have many opportunities to go to Camden Yards Orioles ballpark. TAPS has given me the chance to get back to my favorite ballpark. Singing is one of my biggest passions in life, so being able to sing in one of my favorite places was the coolest experience I have ever had. Hearing my dad's name echo throughout the park and seeing his photo on the big screen filled my heart with so much joy. I want to thank TAPS and the Baltimore Orioles for giving me the opportunity to go back to Camden Yards so that I can relive some of my favorite memories I have with my dad.” 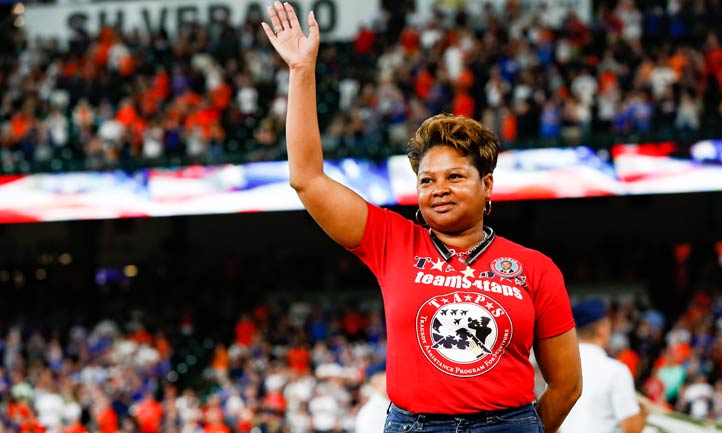 The Houston Astros saluted ten of our nation’s fallen heroes and their families on Memorial Day, even live streaming it via Facebook, so fans at home could watch. TAPS families lined up on the 1st and 3rd baselines while their loved ones names and photos were shared on the jumbotron at Minute Maid Park. Waving to the crowd is Kendra Wilson-Hudson, surviving sister of U.S. Army Sgt. 1st Class Donald La'Shon "Shon" Wilson. Photo courtesy of the Houston Astros. 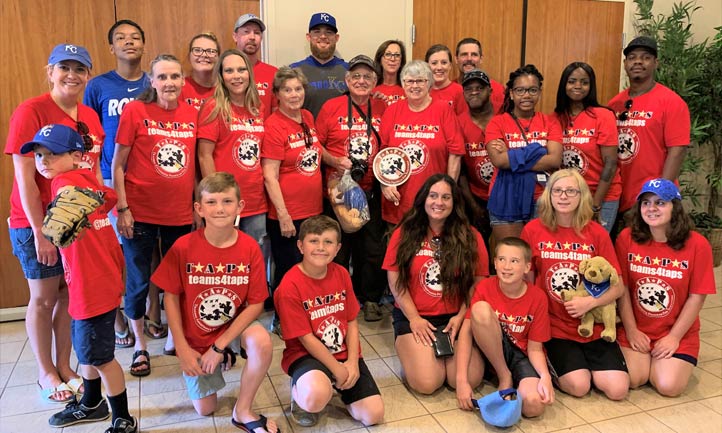 Kansas City relief pitcher Ian Kennedy and his wife, Allison, have hosted TAPS families at four games between the 2017 and 2019 seasons. The Kennedy family believes in giving back to their community and always create a very special experience for TAPS families.

“Our heroes are not forgotten, if only for one day we are again able to tell others about the courage, selflessness, dedication, and love that guided our loved ones' lives.” ~ Robert Wichmann, TAPS peer mentor and surviving father of U.S. Army Sgt. Grant Arthur Wichmann

Do you have a special memory of your loved one’s favorite sports team or player? We would love to hear from you and be able to include you in future events. Contact us at teams4taps@taps.org or complete the Share Your Story submission form.