This year, the Tragedy Assistance Program for Survivors (TAPS) is celebrating its 25th anniversary. For those who are not already familiar, TAPS is a national nonprofit that offers services and support to those grieving the loss of a loved one who died during, or as a result of, their military service. 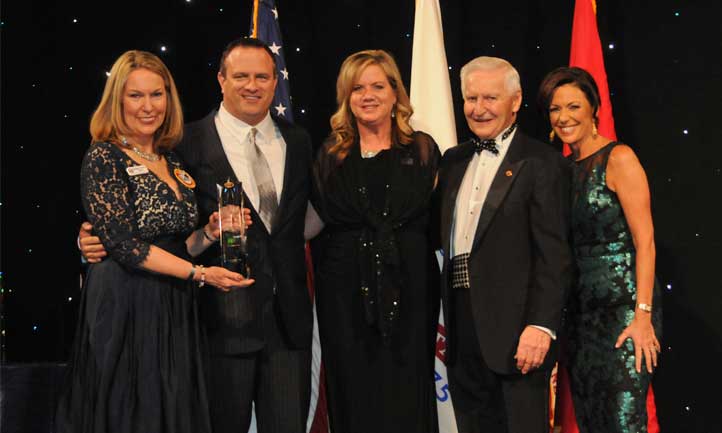 This nonprofit was founded in 1994 by Bonnie Carroll, after the loss of her husband, Brig. Gen. Thomas Carroll, when she realized there was no organization providing the support she needed.

Since then, TAPS has become well-recognized and esteemed, and so has Bonnie; she is the only civilian who has received both the Presidential Medal of Freedom and the Zachary and Elizabeth Fisher Distinguished Civilian Humanitarian Service Award. Bonnie is compassionate, selfless, and tireless – constantly travelling around the world helping people. I remember a phone call during our first year of working together in which I misheard her say she was in Cabo. In the midst of my raving about what a great place Cabo is to vacation, she said, “No, Kabul, Afghanistan.” Always working, always helping – the true embodiment of TAPS.

The mission of TAPS is powerful, and its services are even more so. I have personally seen the work that this organization does, and impact it has. TAPS helps families navigate the grieving process through peer-based emotional support, and has assisted more than 90,000 surviving families to date through its network of volunteers and resources, 24/7 support (National Military Survivor Helpline), and programs (Military Survivor Seminars, Good Grief Camps, etc.).

This organization is invaluable to the families it supports, and rewarding for those who get involved. Happy 25th, TAPS – Telos and I are proud to stand by your side. Here’s to the many anniversaries to come! 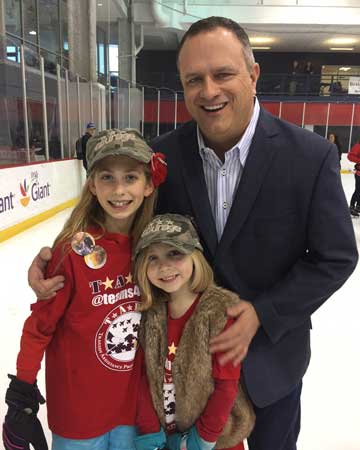 John is with TAPS survivors Christina Wilson, left, and Kate Wilson, at a skating party with the Washington Capitals in 2018. Christina and Kate lost their father, retired Navy Capt. David Wilson in 2014.

John B. Wood is the chairman and CEO of Telos Corporation and TAPS Board of Directors chairman.

Note from TAPS: The compassionate care TAPS has delivered for 25 years would not have been possible without the support of individuals and corporations like John Wood and Telos. It is truly an effort of the many who share a passion for our mission.

John has a deep and unwavering commitment to military families and his guiding principles are always apparent in his dedication to making a positive impact in the lives of others.

In leading our Board of Directors, John’s heart and insight are ensuring the TAPS mission continues into the next 25 years.