Each Friday, please visit our blog and join us as we take a look back at stories, people and events that have shaped who we are today. We are a family of survivors honoring our selfless heroes who paid the ultimate sacrifice for our freedom. We are grieving parents, spouses, children, siblings, grandparents, fiancées, battle buddies and loved ones. We are hope. We are strength. We are TAPS.

In 2015, TAPS named long-time Good Grief Camp mentor Rob Rice as its first Military Mentor of the Year at a ceremony held at the National Press Club in Washington, D.C. 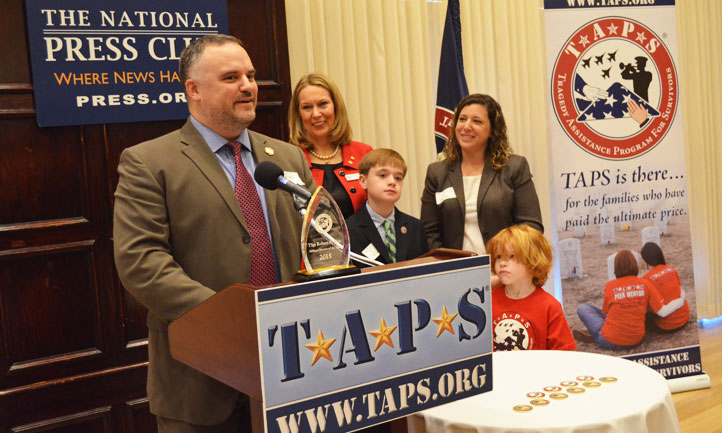 Rob, an Air Force veteran, starting volunteering with TAPS in May 2001, and si nce then has helped at so many events in the DC metropolitan area — and across the country — that he has lost count. He says he has volunteered at roughly 60 to 80 TAPS events over the years.

“I continue to volunteer with TAPS because I believe in the healing power of bringing together children who are going through a similar loss,” Rob said.

Awarding a Military Mentor for his outstanding support of children of America’s fallen heroes is now an annual tradition at TAPS. As we mark our 25th anniversary, a new Military Mentor of the Year will be recognized at the TAPS Honor Guard Gala to be held on March 6 in Washington, D.C. 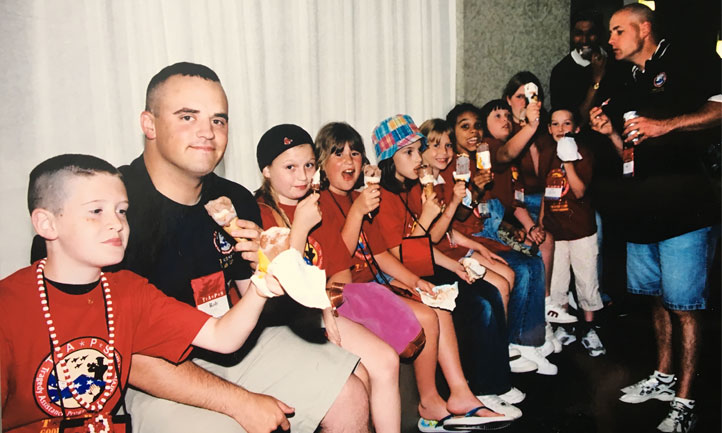 Rob Rice is shown with kiddos at a TAPS Good Grief Camp in 2004. Photo: TAPS Archives

We welcome your stories that we know can bring hope and healing to our TAPS families. If you would like to share a Flashback Friday story, we would love to hear from you. Email media@taps.org.