Earl has become an online global sensation!  This week, he reached the kind of fame that can only be described as viral when he was the star of a heartwarming video that’s been viewed more than 4 million times. His story has been featured in newscasts coast to coast and it’s fair to say America has fallen in love with Earl. 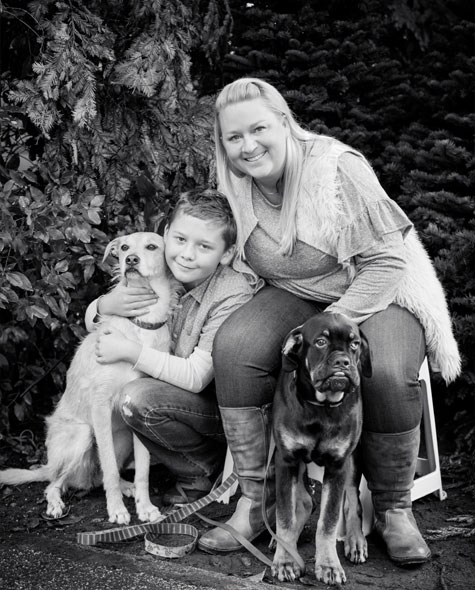 Behind the cute pup’s rise from sickly shelter dog to worldwide Internet sensation are survivors Crystal and Max Cook, a mother-and-son team that started fostering puppies in 2015, just one year after their hero, Staff Sgt. James Cook, died of a service-connected illness in 2014.

“It’s been so healing for us to foster puppies,” said Crystal, who has taken in about 100 puppies in just over four years. “I was going through my own grief when we started, and so was Max—he was only 5 at the time—and there we were doing something together that we both truly loved. We bonded, took care of each other, and took care of puppies. It helped us heal.”

Crystal’s phone has been ringing off the hook  with friends and family checking in on Earl. He spent this week sleeping in and resting a lot as he recovered from his third bout of pneumonia. Earl is a 7-month-old mixed breed Mastiff Rottweiler.

“When we first took Earl in, he wasn’t doing very well and wasn’t expected to live for very long,” said Crystal, a veterinarian technician who regularly fosters puppies that are difficult to place in permanent homes.

Earl was found abandoned when just a few weeks old. He appeared to be the victim of animal abuse; he had a broken jaw, a collapsed trachea that made breathing difficult, and a hole on the roof of his mouth. He was rescued by Rachele, executive director of the Cleft Pup Brigade. Crystal and Rachele have known each other since high school.

“Rachele was told by many vets that she should euthanize Earl,” Crystal said. “He was a very sick puppy, but she just couldn’t do it.”

Crystal and Max took Earl home—to care for him and comfort him, and to make his final days as easy and peaceful as possible. Crystal and Max know all too well the pain that comes with grief and loss, and wanted to make memories with Earl that would last a lifetime.

They nurtured and loved Earl for several weeks and months. And then a funny thing happened. Earl grew stronger day by day. He started to play and run around the house with Max. While he still had difficulties breathing, it didn’t stop him from being playful and “a furry ball of love,” Crystal said.

Crystal and Max came up with Earl’s bucket list, a list of things to do and experience before one dies. When Earl was strong enough, they brought him to Starbucks to get a Puppuccino, to Costco to partake in the food samples, to the spa for a “pawdicure,” and other fun outings. 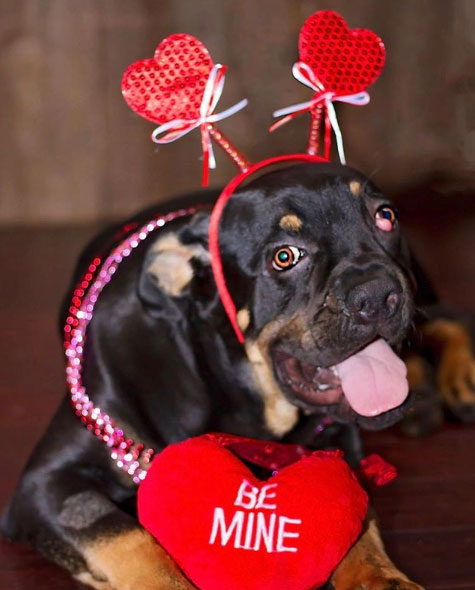 “One of the things on his bucket list was to meet a celebrity,” Crystal said. “ but I think HE has become the celebrity!”

Today Earl is 65 pounds and getting stronger every day.  “We don’t know how long he has,” Crystal said. “But we will make every day count.”