What started as a small cycling event in 1998 in Clarendon has grown today into one of the region’s premier professional and amateur cycle races. The Armed Forces Cycling Classic gets underway June 1 and 2, 2019, in Arlington, Virginia, with TAPS as the beneficiary of race proceeds.

Robert Laybourn, president and founder of Armed Forces Cycling Classic, comes from a family with a proud tradition of serving in the military. Both his grandfathers served in the Army, during World War I and II, his father served in Vietnam, and his brother is a West Point graduate who served several tours in the Middle East. “Hearing some of the stories my brother has told me from his tours, and knowing how he tragically lost brave men under his leadership, I know how important an organization like TAPS is,” he says. “Having this event support TAPS can be the way I serve.” 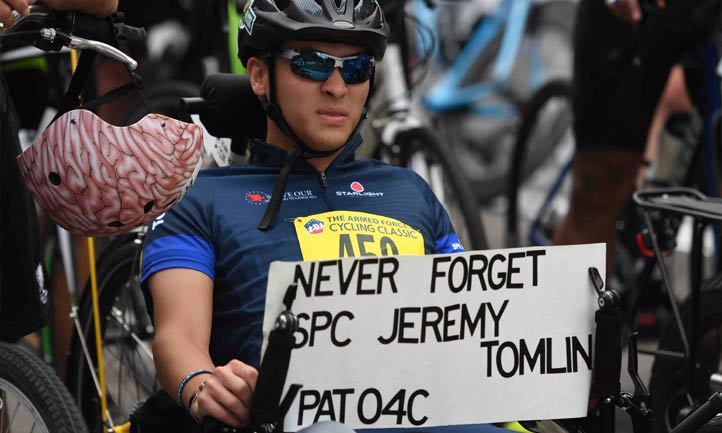 For those in the Washington, D.C., area, the cycling event is a chance to see athletes race through the closed streets of Crystal City and Clarendon. The Challenge Ride on June 1 is an amateur ride for cyclists of all abilities. It is an approximately 10-kilometer closed course; cyclists have three hours to complete as many laps as possible. Anyone ages 10 and up can participate. When the Challenge Ride started, there were fewer than 300 participants, Robert says. “We expect close to 2,000 this year.”

Active duty, retired and reserve armed forces members can compete in the Armed Forces Challenge to earn bragging rights as the most competitive service. There will also be a corporate challenge and races for children under 9 years old. 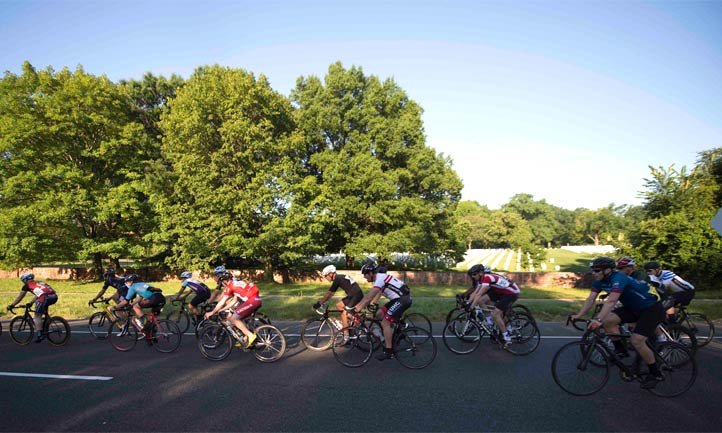 On June 2, the Clarendon Cup will showcase a series of high-speed bike races that take place on a 1-kilometer closed course throughout the Arlington neighborhood. The Clarendon Cup, now in its 22nd year, is known as one of the most difficult races in the country, due to the technical demands of the course and the quality of the participants.

Cyclists can register for the June 1 Challenge Ride as a member of Team TAPS. In addition to your general registration, you will receive a limited edition Team TAPS jersey. The Armed Forces Cycling Classic Challenge Ride, supported by Boeing, is an amateur, non-competitive ride. As a member of Team TAPS, you agree to raise a minimum of $200 that will go to support TAPS programs for families of the fallen. Register now and start your Team TAPS fundraising campaign! Race weekend is fun for the whole family. Come out to ride and support TAPS or just come join us to cheer on your favorite cyclist with your TAPS family.