TAPS is proud to have the support of America's Oldest Brewery, D.G. Yuengling & Son during the month of May as together we raise a toast to honor our military heroes. Fiercely independent for nearly 190 years, Yuengling is thankful and proud of the brave and dedicated service men and women who make tremendous sacrifices and represent our country's freedom, honor and independence. The military has always been a community with which Yuengling has a strong connection. They have supported various military and veteran organizations on national and local levels for many years. Focusing efforts on the veterans' programs allows America's Oldest Brewery to enhance that connection and make a positive impact on all veterans from the time of enlistment through separation, including their families. Entering its third year, Yuengling, America's Oldest Brewery, has supported veterans through their Lagers for Heroes program, which seeks ways to support and show appreciation to veterans and their families. 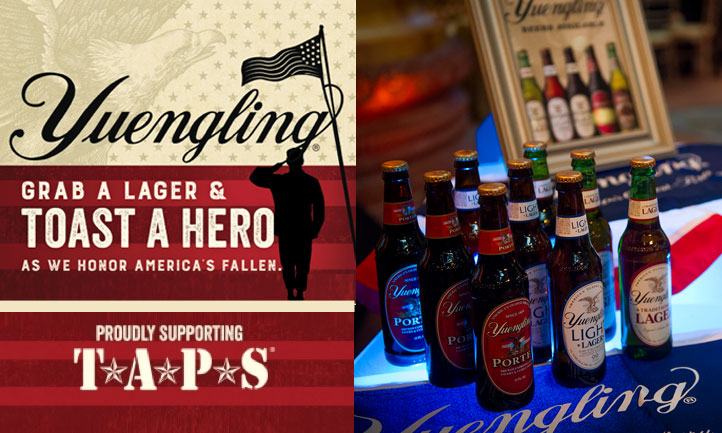 This year, TAPS supporters and beer lovers across America will have the opportunity to donate to TAPS and toast a fallen hero in support of the family and friends who grieve their loss. The event launch is May 1 and we invite all Americans to pause and remember on this Memorial Day those who serve and sacrifice.