The TAPS Suicide Prevention & Postvention will soon launch critical suicide prevention awareness training at Veteran Centers in California. Training will include education on: Trauma & Grief: Supporting Families of the Fallen; Grief to Growth: A Roadmap to a Healthy Grief Journey; and Spouses and Suicide: Finding Hope When the Unthinkable Happens. 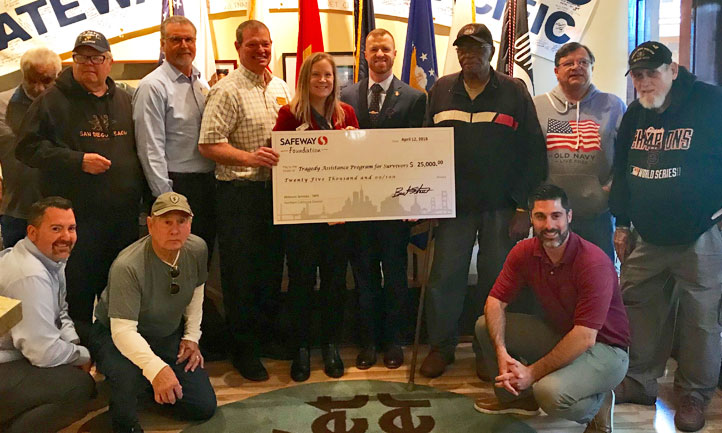 The Safeway Foundation is funding this initial training series. Pictured above are Mike Ergo, Director North Bay Veteran Center, one of the centers that will participate in this flagship training. Mike is also a combat Marine, a sponsored athlete who runs triathlons in honor of his fallen Marine brothers, and a longtime friend of Dr. Shauna Springer, Senior Director of the TAPS Red Team. Also shown are Brad Street, President of the Safeway Foundation and veterans who were receiving support at the North Bay Vet Center.