One  of the things I did to turn my grief into action after the loss of my son was to become a TAPS Peer Mentor. After experiencing the warmth and care of TAPS, I wanted to give something to other survivors and this was the way that was best for me. This picture shows a recent group of mentors. You can see the smiles on their faces. That is how I felt when I joined this group.

After connecting with other survivors from across the country, I wanted to do something special weekly for each of them and that is where my idea for creating the Saturday Morning Message came. Each week I would post a topic and then soon others began responding, so I began including their replies in the next message. In the beginning, I worked on this weekly message as a volunteer. Now I work part-time for TAPS and this is one of the things I do. As you will see today, those who responded shared their participation in organizations that are close to their hearts. Thank you to all who read and responded to this week’s letter.

I was reading an article from the TAPS Summer Magazine 2018 titled Making New Summer Memories by Elizabeth Culp. She shared five ways to create summer plans for her family’s new normal. This is Labor Day weekend, which many view as the start of fall. So this week’s question will be: What are your plans for fall activities that will provide you the most comfort? We look forward to your replies.

We can honor our loved ones by communicating with each other through writing. You never know how your words may touch the heart of another. I encourage you to reply to the Saturday Morning Message by emailing online@taps.org. I directly receive all responses that are sent to this address. In order to have your reply included in the coming week’s Saturday Morning Message, it is best to send it to me by Tuesday morning of the following week. Thank you to everyone responding this week and those who read this message.

Cheryl, mother of Jack, sent me a list of songs and Your Hands sung by JJ Heller, Painted Red was one that Cheryl said helped her grieving heart.

One of our contributors, Andy, father of Danny, makes a playlist on Spotify of the songs that appear in the Saturday Morning Messages along with a few other songs special to him.  You can sign up for Spotify for free to listen to the playlist.The playlist is called Tragedy Assistance Program for Survivors Songs of Love and Remembrance.  I often listen to it and think of our TAPS family while I am on the computer.

If you have a song that is special to you or reminds you of your loved one, please send it to online@taps.org. with a sentence or two about what makes this song distinctive.

Responses from Survivors to last week’s question: What sort of things have others done in order to turn their grief into action?

From Peggy, mother of Cody: I am so excited to be working on Christmas Comfort Creatures! This first batch will be given to American Airlines and used as part of the gift bags for the children flying out of Nashville. This will be our third year now that we have co-partnered with American Airlines and Snowball Express! It is a privilege and an honor to be part of it! Can't wait to show off the final product! 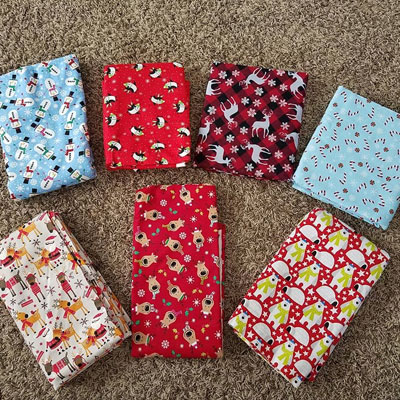 From Amanda, sister of Michael: I have recently found and started sending packages for Operation Paperback, a nonprofit that helps get reading material to soldiers, military families, and veterans. My brother was an avid reader. He could speed read and retained so much information. He even listened to podcasts/audiobooks on twice the speed! As kids, he always had his face in a book (much to the annoyance of my dad when we were on expensive vacations and he’d walk the streets of London reading). I am also a bookworm, though much slower about it. This was common ground for us, so I like the idea of being able to support others in the military life with something my brother loved so much.

From Bernadette, mother of Joshua: About six months after my son, Joshua, died, I began writing letters of condolence to other families of the fallen through an organization called Soldiers Angels. I did this for about a year and a half.

From Leslie, mother of Eugene: For the first couple of years after Eugene died I was very proactive in spreading the word about organ donation mainly at hospitals.They would arrange for me to speak about why I donated much of my son. The interest was in why I donated and how I felt about it afterwards. I also explained that the Orthodox Jews, Catholics, and other religions have changed their minds about donated organs, skin, corneas, etc. They now deem it a Mitzvah, or blessing, to donate.There’s much to donate even if time prevents the donation of major organs. Signing up at the Department of Motor Vehicles is now a national database, so you don’t have to have your license or a card on you.

From Jay, mother of Dakota: My daughter was an animal lover since she could walk. I, being a clean freak was always annoyed and said, “no” each time she brought home a stray.  Each time, while she was out with her friends, I was home with these new family members on my lap or cuddled next to me.

When she passed away, she left her beloved Oakley behind. He is a large lab/golden retriever (the hairiest of animals of course.)  He is my buddy now. He is never far from my side, nor have I used a restroom alone since the day she died. We annually take a couple of Dakota’s drawings, put them on shirts, and raise money for Bethel Friends of Canine in Bethel, Alaska (BFK9). I love this because it makes me so proud to see many people wearing her artwork and knowing they gave money to help. Oakley and I donated $10,000 initially to our local animal shelter/rescue, but then started volunteering. Between keeping Oakley exercised and the other four-legged animals safe, I keep busy and I’m honoring her memory.  This is what I do to turn my grief into action. 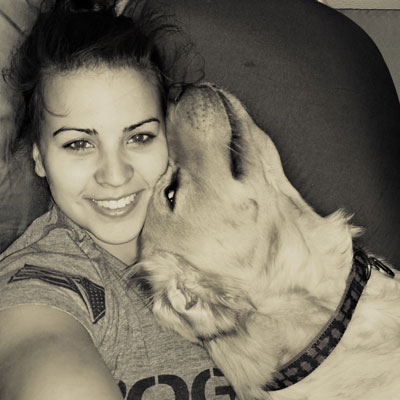 If you’re looking to connect with other surviving women, you may just find your sisterhood during our fall weekly Women’s Empowerment sessions! These sessions are open to all TAPS women wrestling with questions of identity and purpose after loss. You can join this safe, supportive online environment via webcam. Our weekly schedule offers sessions on Tuesday through Friday each week.

Accessing a spirit of holiday cheer in the midst of grief can be challenging and many may feel compelled to skip the holidays altogether. Especially this year, when so many gatherings and travel may be limited, cultivating holiday traditions that honor your grief and promote connection with others can be very healing. Join the TAPS Institute to discuss creative ways to engage in the holidays in ways that meet you where you are in your grief journey. This Creating New Holiday Traditions webinar is free and will be held Thursday, November 19 from 12:00 to- 1:00 p.m. Eastern.