TAPS is delighted to announce that Mrs. Diana Roday Hosford, TAPS Vice President of Sports & Entertainment, has been invited, as a partner of The Diana Award, to be part of the public gallery on the grounds of Windsor Castle for Prince Harry and Ms. Meghan Markle’s wedding on 19 May, 2018. The Diana Award has been invited as part of a group of 200 invitees who have been nominated on the strength of their contribution to charities with a close connection to Prince Harry or Ms. Markle. 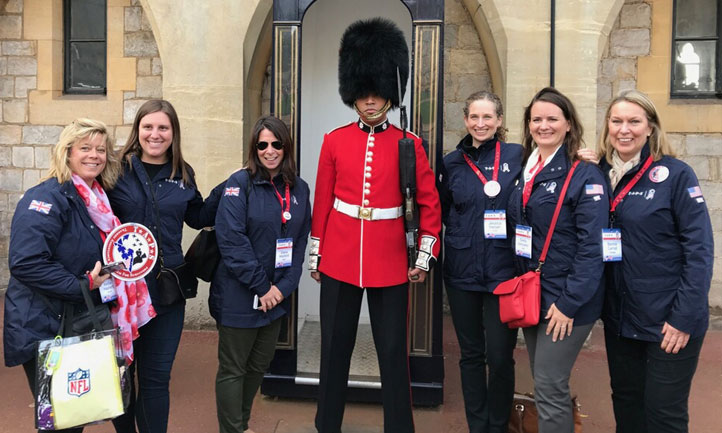 Another United Kingdom partner of TAPS – Children’s Armed Forces charity, Scotty’s Little Soldiers, has been selected as one of seven charities chosen by Prince Harry and Ms. Markle to benefit from donations received instead of wedding gifts.  TAPS will be attending the celebrations alongside seven exceptional young people from The Diana Award, aged 14-20, from the United Kingdom and Canada.

The Diana Award was set up in memory of The Duke of Cambridge and Prince Harry’s mother, Diana, Princess of Wales, and her belief that young people have the power to change the world.  The United Kingdom based charity, fosters, develops and inspires positive change in the lives of young people through a series of programmes. This includes the Mentoring Programme, which builds resilience and character in the most vulnerable young people in society, helping them to gain key competencies to navigate life successfully.