Walking Alongside the Children of America’s Fallen Heroes

John Rhoten, a native of Stafford, Virginia, enlisted in the U.S. Army in 2002. Since that time he has deployed to Iraq twice and Afghanistan twice. John started in the Infantry and is currently a Military Intelligence officer. He is married and has two daughters. Currently, he serves at Schofield Barracks, Hawaii with the 25th Infantry Division. 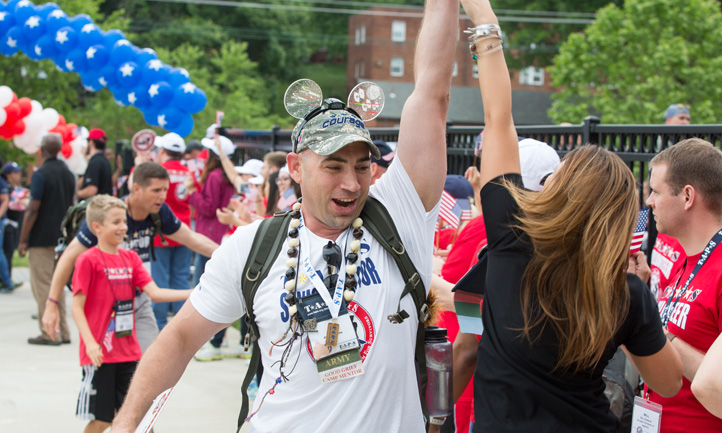 Needless to say, Captain Rhoten has a full and challenging life. While in service with The Old Guard, he was introduced to TAPS. Founded in 1994, TAPS is a family of military survivors joining to fin strength and hope in the aftermath of the death of a loved one in service, or in support, of the military mission.

Part of immediate and long-term support TAPS provides are the Regional Seminars and Good Grief Camps, which bring together military surviving adults and children across the area, encouraging them to share with others in a peer-based support network while learning about grief and trauma from some of our nation’s experts. The TAPS children’s program is unique in that the team strives to provide each child in attendance an active duty mentor that will walk along-side him or her in the grief journey, being a strong and secure supporter.

“When I first volunteered to be a Military mentor in 2011, I felt that I was in a place to help others,” said John. “However, I realized that I needed to connect with these families as well.” Working with TAPS as a Good Grief Camp mentor has helped John in ways he never imagined. “As a service member you try to mask your own emotions and feelings, but working with TAPS has helped me cope with my own grief.”

Talking of his own grief, John points to a family photo with a painted rock towering behind them.

“That is the unit I was in at 10th Mountain. They painted that rock after the unit’s rotation at the National Training Center in September of 2005,” John says, “That rotation was completed before we deployed to Afghanistan in March 2006. We lost a lot of guys during that deployment and they were all part of the training rotation.”

John had the opportunity to connect with a surviving son, Mark Capra, at a TAPS camp. Mark’s father, Air Force Tech Sergeant Anthony Capra, died in Iraq in April 2008. The oldest of five children, Mark became Captain Rhoten’s mentee in 2012. John remained Mark’s mentor through 2014. Now, as a college student, Mark is paying it forward by volunteering as a Good Grief Camp Mentor, helping other surviving children like him cope with their loss.

“Spending time with (Mark) and watching him grow as a young adult has probably been the best experience for me,” said John, “Children need to know that it is okay to have the feelings that they have, to reinforce that their loved one’s service mattered and that they will never be forgotten. We owe that to our fellow soldiers.”

TAPS has trained more than 10,000 military mentors since 1994. Each mentor must successfully complete extensive background checks and online and in-person training before being connected with a surviving child. TAPS mentors log nearly 18,000 hours each year support TAPS programs. There is also the added therapeutic benefit to the service member of participating in resiliency skills building.

“Countless mentors who have bonded with their mentee and kept their relationship for a decade,” says Bonnie Carroll, TAPS President and Founder. “Many travel great distances throughout the year to attend graduations, birthdays, special events with the child.”

No matter where he is stationed, Captain Rhoten remains committed to TAPS and the families of our fallen heroes. 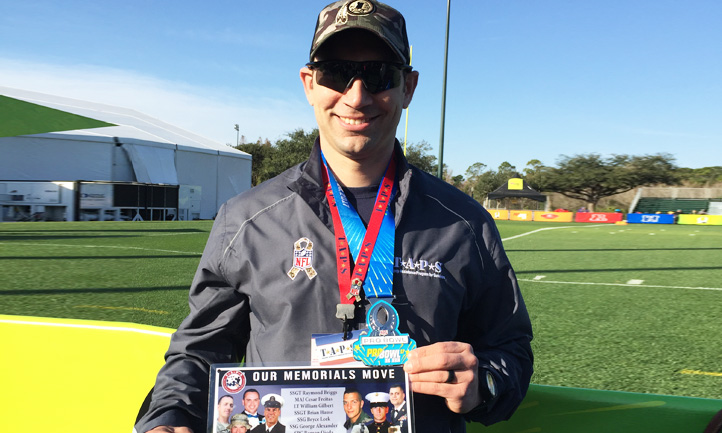 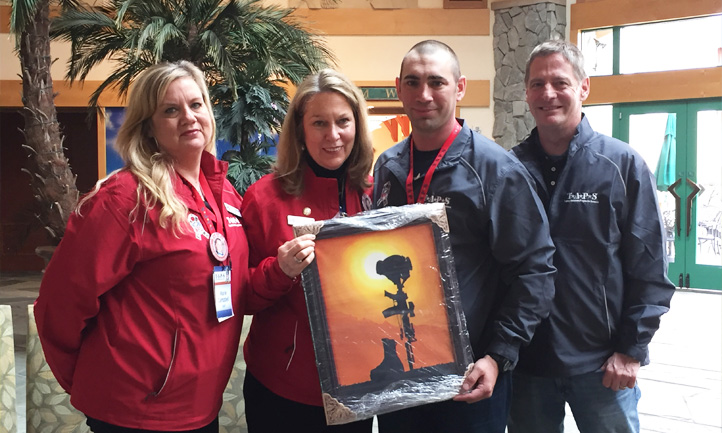 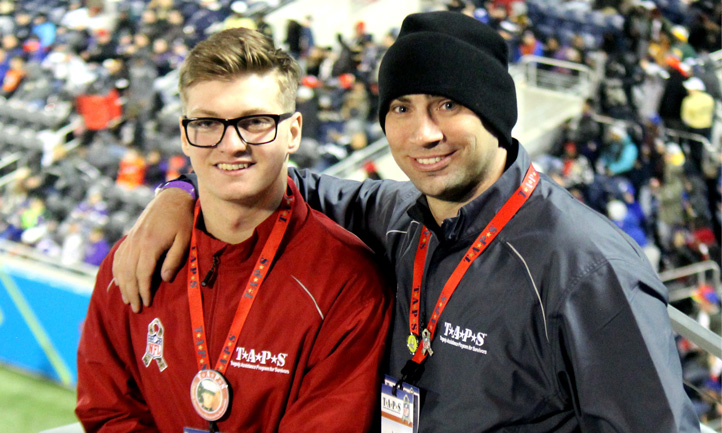 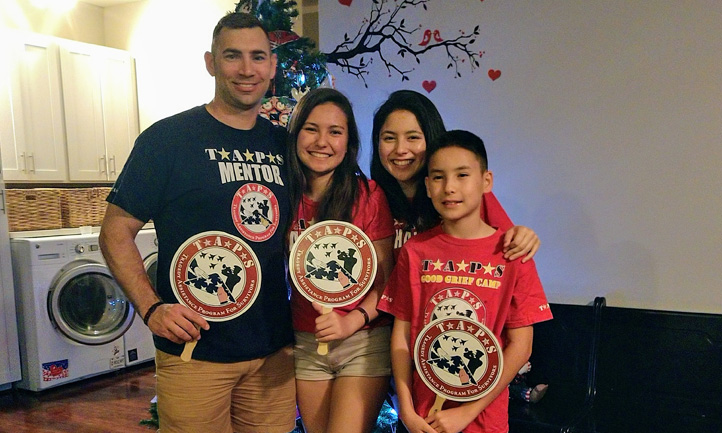