There are a variety of ways to volunteer or give to TAPS. Some open their wallets and give generously. Others share their talents and skills, or provide products and services that help surviving families. And then there are Military and Legacy Mentors who open their hearts and give of themselves to our youngest survivors.

The heart of TAPS is our peer support network which provides peer mentors for those working through the grief of their loss. For bereaved military children and teens, TAPS Military and Legacy Mentors provide one-on-one mentoring at Good Grief Camps, Family Campouts and other special events throughout the year. Mentors are buddies to brave children, and provide support and caring for the duration of the event, and usually beyond. 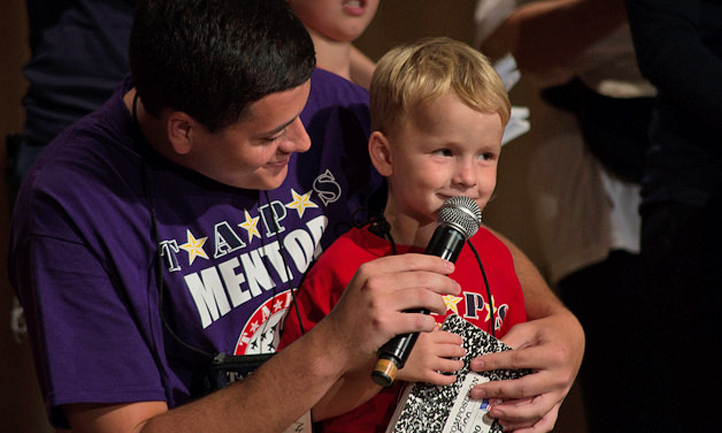 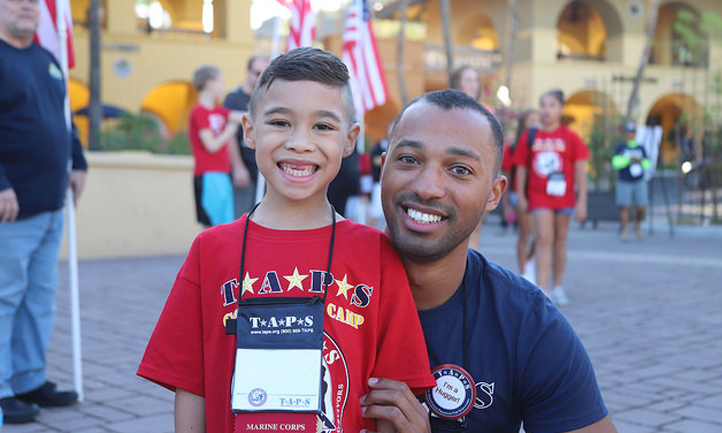 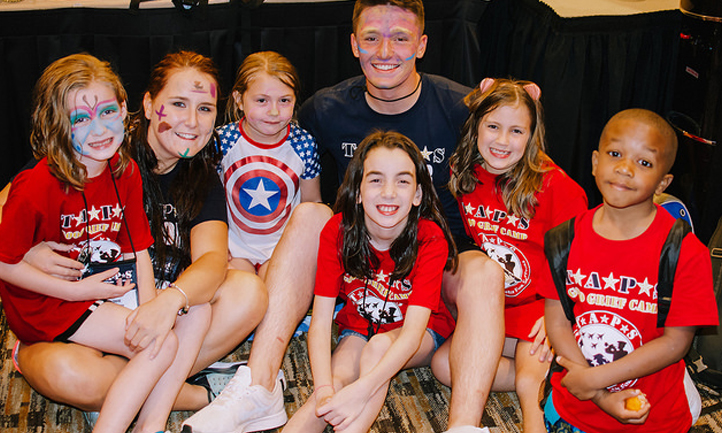 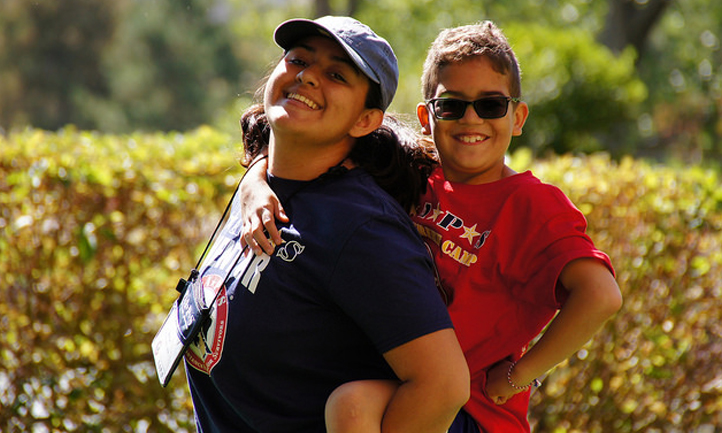 Military Mentors are current service members and veterans who serve as companions to children reminding them that they are still part of the military family. A Legacy Mentor is a survivor who has attended Good Grief Camp and is ready to support and mentor younger, newly bereaved survivors. The mentors undergo specially designed TAPS training to learn how to be a source of grief support and comfort during their time together.

At the camps and campouts, mentors and surviving children may play silly games, work on art projects, and take hikes, swim and run. They will share stories, and they will laugh and cry. The mentoring program is designed for children to connect with other children and learn how to honor their loved ones in a safe space.

We asked a few Military and Legacy Mentors why they volunteer with TAPS, and what keeps them coming back.

“I volunteer because I was a flight medic who has seen the devastation of war physically and mentally in my patients (and myself),” said Erika Algeo, an Air Force Reservist. “I am still here and able to make a difference in the lives of the families my fellow brothers and sisters left behind, so I volunteer.”

For Kristen Buergey, who lost her Navy veteran father to suicide in 2008, working as a Legacy Mentor allowed her to give back. “I was a Legacy Mentor because I was so thankful for all the love and support I received from TAPS,” she said. “I wanted to be that same connection for another surviving daughter.”

John Ferderer also had deeply personal reasons for volunteering as a mentor. “I became a mentor after my brother was KIA,” he said. “It was a way to work through my grief and help others. I keep coming back because all of these people are now my family (the surviving families and mentors). I have met so many amazing people who selflessly give their whole heart to help these families during their times of despair and grief.”

Alison Loftis, a surviving daughter whose father died in Afghanistan in 2012, knows how personally healing it can be to be in a place with others who understand her loss. “As a Legacy Mentor, I have experienced firsthand how it feels to lose a parent in the military,” she said, “but also how amazing it is to connect with a mentor who will be there, not to fill the void of your parent, but to simply be present and listen in times you need that the most.”

Navy veteran Johnathan Loper was a Military Mentor to help the families left behind. “I became a mentor to give back to the families of the heroes I was carrying in Arlington National Cemetery,” Johnathan said. “There was a disconnect between carrying the casket, folding and handing the flag to the next of kin, and my heart. TAPS provided the link, and I was fortunate enough to become something more than a sailor. I became a TAPS mentor.”

Talk to any TAPS mentor and they will tell you there are many reasons why they give of their time.  They will also tell you that they often receive far more than they could ever give when they sign on to mentor a teen or a young child.  Mentoring builds a special bond that changes lives...not just one, but two.