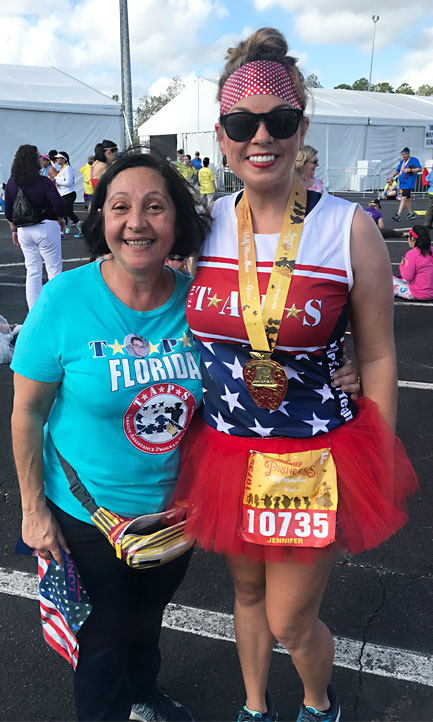 When Samira Chagua got up well before dawn to drive to Walt Disney World Resort in February 2018, she was excited to cheer on the Team TAPS runners at the start and finish of the Disney Princess Half Marathon.

She was especially looking forward to seeing Jennifer Kinnett of Vincennes, Indiana, cross the finish line. The two had never met, but Jennifer had signed up for a Fallen Hero Match and received an "honor bib" with a photo of Samira's only child, Sr. Airman Andres Reano.

Through TAPS' Fallen Hero Match, runners are paired with surviving military families to let them know their loved one’s sacrifice will never be forgotten.

Team TAPS runners who are matched with fallen heroes proudly wear the names and photos of the service members on their Team TAPS singlets or on honor bibs during races. The runners also share stories of these fallen heroes with friends and family as they raise money for Team TAPS.

When the runners started crossing the finish line at the marathon, Samira waited excitedly for Jennifer in the family reunion area. "I did not see her, but I saw Lisa and she was wearing a picture of Andres on her back!" Samira said. "I found out she was also running for Andres."

Lisa Strahammer, of Sierra Vista, Arizona, was a last-minute addition to Team TAPS. She initially was on a waiting list—and when a spot opened up, she jumped at the chance to run to honor a fallen service member and support their survivors. "I immediately started raising money for the organization," she said. Jennifer and Lisa each raised $600 for TAPS.

When Lisa met Samira, she told her she felt that Andres had helped her through the 13.1-mile race. "She was emotional about Andres," Samira said. "It was like she knows him. She felt that he was with her."

A few minutes later, Jennifer crossed the finish line. "We hugged each other," Samira said. "Jennifer said it was her honor to run for my son." Samira told both runners about Andres, and Jennifer told Samira that she would like to take her honor bib with Andres’ photo to her next race in Indiana.

"It was very emotional to meet both runners," Samira said. "I am so happy to cheer on my TAPS family." 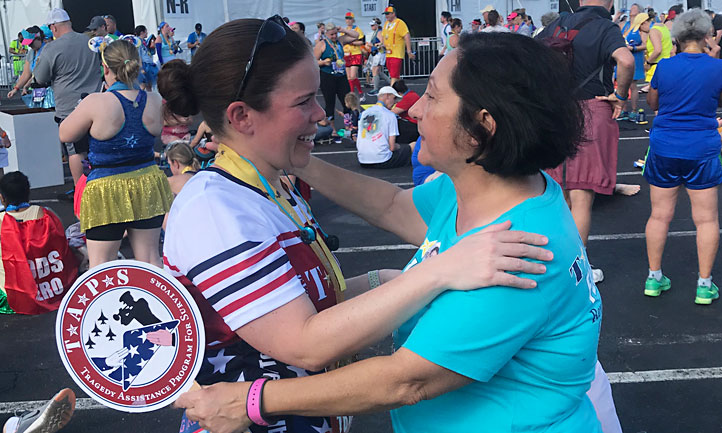 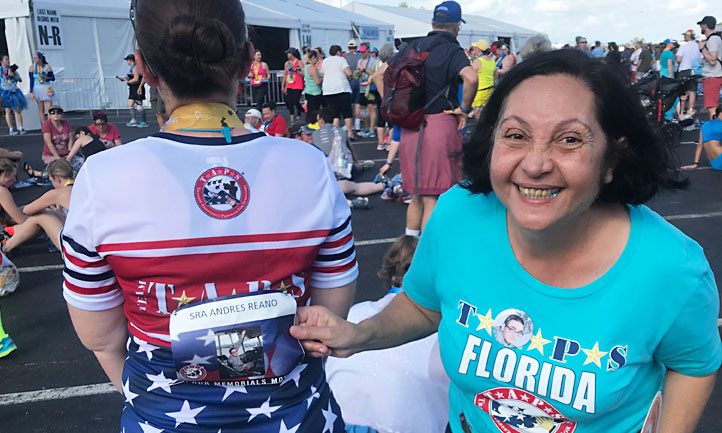 Find out more about the TAPS Fallen Hero Match and Team TAPS, which honors fallen heroes through running, walking, cycling, swimming, and other competitive events. Contact us with any questions at teamtaps@taps.org.