At 58 years old, Beatriz Alvarado had never been interested in painting or drawing. She never picked up a paintbrush or drawing pencils. She never felt she was creative.

When her son, 27-year-old Oscar Eduardo Dulanto, an Army veteran, died by suicide in February 2017, Beatriz found herself in a dark and hopeless place. She said she had lost the most precious thing a mother could lose—a child.

Beatriz struggled to find her footing and actively sought support from her family. She found peer support with the TAPS Care Group in Pennsylvania and called on the TAPS Helpline when she needed to. Her sister, a psychologist, encouraged her to keep seeking support where she could find it and assured her that “some beautiful things can come from grieving a loss.”

In May this year, Beatriz began to see her sister might be right when a neighbor invited her to come with her to an art class. At first, she didn’t want to go, but out of curiosity, she decided to give it a try. 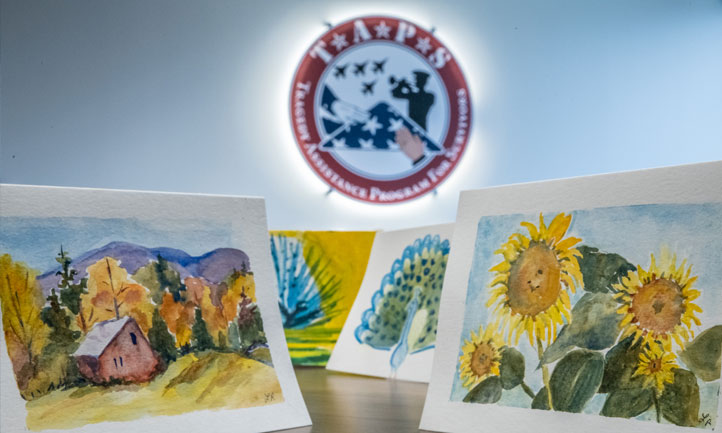 “The first time I saw the water mixing with the watercolors and seeing the results I fell in love with the technique—even though I have never drawn or painted in my life,” Beatriz said. “I developed a particular chemistry with it. It turned my brain and interest toward learning how to paint with watercolors.”

The art class she stumbled into was called Painting in the Afternoon. Now every Monday she looks forward to being part of the small group of local women who gather to draw and paint at a church in Kutztown, Pennsylvania.

“It’s healing. When I sit there and paint, there is a connection I have to my son. I feel motivated.” she said. “Oscar was a creative boy who used to draw very well,” Beatriz said. 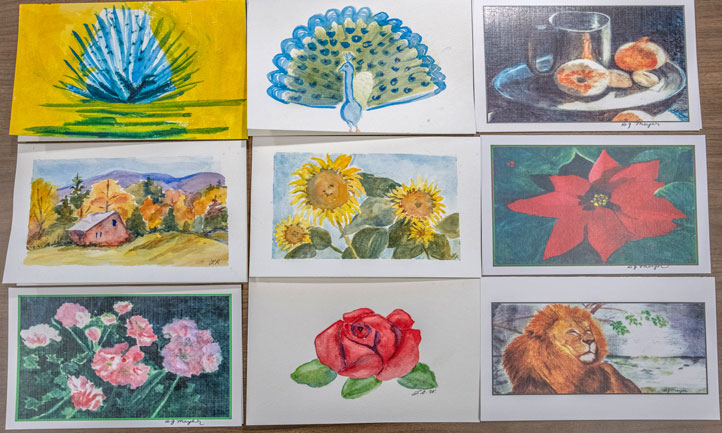 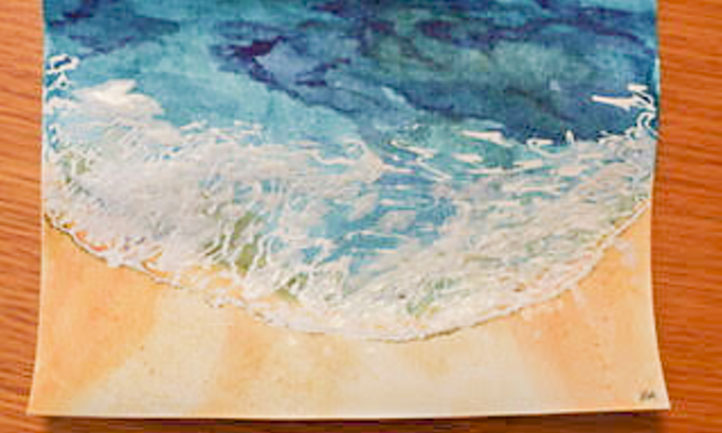 “To me, water is the magic element vital for survival.  It is an interesting media that transforms all. And for me, it did.” Beatriz said.  “Water and color transformed my soul and my pain and turned my interest in life into something precious.”

After a few months of learning technique, Beatriz started to paint greeting cards she could share with others. The idea came to her to use her art to give back. She decided she would sell her cards and give the proceeds to TAPS—the organization that continues to help her and her family.

Beatriz also got her classmates onboard. They all joined in and began painting cards to sell at TAPS events. In October, she and her classmates were proud to have their cards featured in the shop at the TAPS National Military Suicide Survivor Seminar in Florida.

“I think wherever Oscar is at this moment, he is still inspiring me to help others as he always did,” Beatriz said.

“When my sister told me that beautiful things can come from grieving a loss, I didn’t know what she meant at the time,” Beatriz said. “When I sit and paint, and see magnificent colors, I feel the connection I have to my son and know all these beautiful people were put in my path for a reason.  It’s all healing. 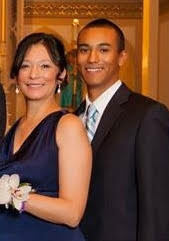