Commitment to supporting veterans, those currently serving and military families runs deep for David Stockslager and Benjamin Feldman.  Before they worked for Citi Retail Services in Atlanta, Georgia, they both served in the military and continue to feel a deep obligation to remain involved in the military support community. 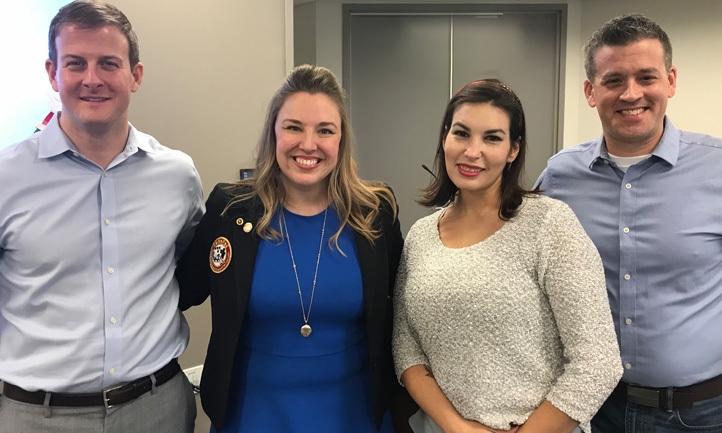 When asked to co-chair the Citi Salutes Atlanta Network annual fundraiser, David was excited to have a role in selecting the 2017 event beneficiary.  David and his wife already donate to TAPS and David said, “It just made sense for the Citi Salutes group to help raise money for families of the fallen.  Most of our Atlanta committee members are veterans, but the network is open for any employee who has a heart for veterans and military families.”

The steering committee worked hard to secure a dedicated luncheon sponsor so ticket proceeds for the event all went to TAPS. Something new this year was having a personal representative in attendance from the designated charity.  Erin Jacobson, TAPS Senior Advisor for Outreach and Engagement, was on hand to meet with Citi Retail Services employees and provide more information about the TAPS mission and how it impacts the lives of over 75,000 surviving family members and friends who are grieving the loss of a military member. She spoke at the luncheon and was able to expand the internal impact of the event, helping to make it more successful than ever before. 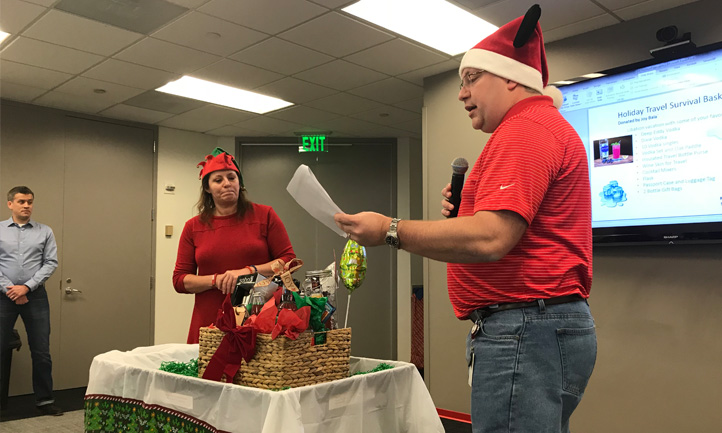 Even though their Atlanta location is a smaller site with just over 200 employees, there was enthusiastic engagement across the Citi Salutes Network to procure donated items for the live and silent auction. The final count had over 75 site employees participating in the December luncheon and auction to benefit TAPS.  The one hour event raised $8400, which was a new record for their location.

Benjamin shared that a highlight for him was hearing Erin share her personal story of grief and how TAPS has given her the strength and resources to help others grieving a similar military loss.  The impact of meeting someone in person really brings home the concept of military loss and helps make it feel imperative to support an organization that is able to comfort those who have lost so much.

TAPS is grateful for employee groups and businesses like the Citi Salutes Atlanta Network who make our mission possible.  Their donations help provide resources, programming and 24/7 access to care to anyone grieving a military loss. If your organization would like to host a fundraiser to benefit TAPS, contact development@taps.org or visit us online at taps.org/support.