Maxine Gilson of Atlantic Highlands traveled to New Brunswick this weekend for a very special family reunion. Just 30 miles from where she and her husband, Paul, live in her home state of New Jersey, she reunited with a family that has supported her ever since the death of her Navy son more than nine years ago. That family is TAPS, the Tragedy Assistance Program for Survivors. 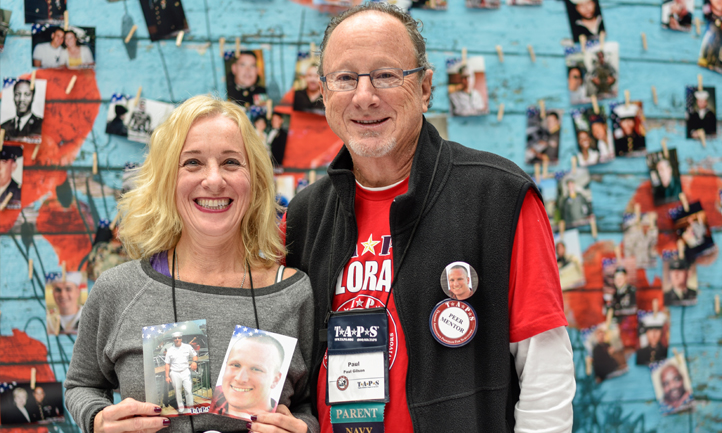 Maxine and Paul Gilson of Atlantic Highlands remembered their son, U.S. Navy Petty Officer Michael Halpert, at the TAPS Regional Military Survivor Seminar in New Brunswick. The Gilsons have been receiving care and support from TAPS since their son was killed in 2009.

TAPS is the leading national organization caring for the families of America’s fallen military heroes. Since 1994, the organization has provided compassionate care and survivor support services to more than 80,000 family members, casualty officers and caregivers grieving the loss of a military loved one.

Over the weekend, TAPS hosted its Regional Military Survivor Seminar and Good Grief Camp in New Brunswick. The event is one of six regional seminars TAPS hosts across the country each year to bring bereaved military families together to honor their loved ones, form peer connections and learn techniques to cope with their grief. 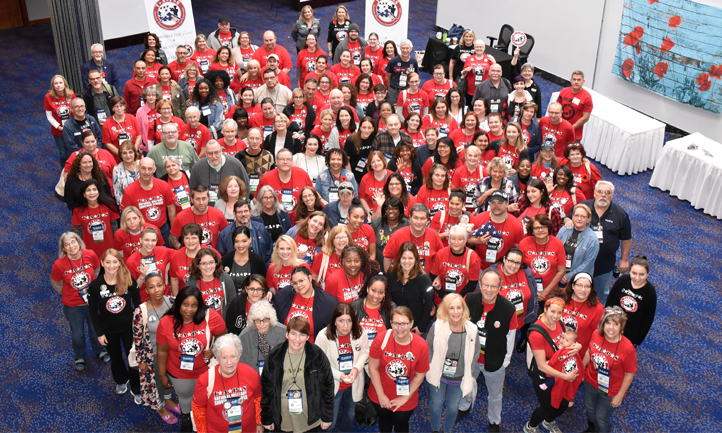 Families from across the Northeast who have lost loved ones in the military came together at the TAPS Regional Military Survivor Seminar in New Brunswick from November 2-4. The weekend seminar was an opportunity for families to honor their loved ones, form peer connections and learn techniques to cope with grief.

Maxine and Paul Gilson have been attending TAPS seminars for the last seven years. Maxine’s son, U.S. Navy Petty Officer Michael Halpert, was killed in 2009, just 15 months after he had joined the service and trained to become a submariner.

“After Michael died, there was a lot of activity, but then gradually over the next month or two months, it was like everyone got on with their lives, but we were still frozen,” Michael’s stepfather, Paul, said.

Soon after their loss, the Gilsons began to receive information and care packages from TAPS. With time, the organization was able to help them begin to process their grief and connect with other military families who were also coping with loss.

“It was a couple years before I went to my first TAPS seminar,” Maxine said. “It was hard, but I was grateful that I had a place to be where people embraced me and were truly sympathetic and empathetic to my new reality.”

Since that time, the Gilsons have attended numerous TAPS seminars, retreats and sporting events and formed close relationships with TAPS staff members and other bereaved military parents that have supported them throughout their grief journey.

Over the weekend in New Brunswick, Maxine took the next step in her personal grief journey and decided she was ready to begin supporting others. On Sunday, she followed her husband and completed training as a TAPS peer mentor. Now, she will have the opportunity to share what she has learned over the years since her son’s death with a newly bereaved mother who is just beginning a journey of her own. 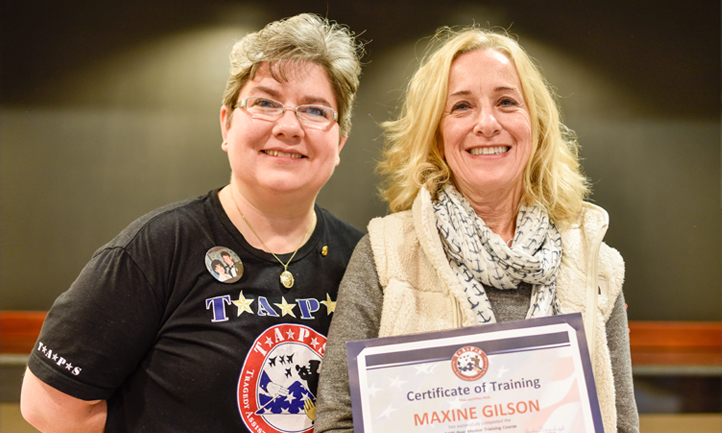 Maxine Gilson, right, with TAPS Vice President of Survivor Care, Audri Beugelsdijk, at the TAPS Regional Military Survivor Seminar in New Brunswick. During the seminar, Maxine trained to become a TAPS peer mentor. She now has the opportunity to support other bereaved military mothers whose losses are more recent.

“Even though this was not the life we planned on or hoped for, this is our life now,” Maxine said. “We’ll be forever grateful and comforted knowing Michael’s legacy will live on through TAPS.”

Military families from across the Northeast gathered for the TAPS seminar in New Brunswick on Friday. Families can learn more about the resources and program support available to them through the TAPS website.