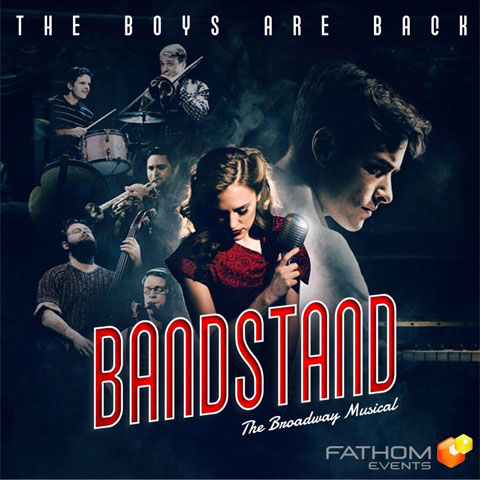 TAPS is proud to join with the Broadway musical Bandstand as it prepares for its nationwide film release. The 2017 Tony Award-winning production was selected by FATHOM Events for release this month in hundreds of theaters across the country. Proceeds from the June 25 and June 28 showings and a pre-release benefit in New York will support TAPS in its continuing mission to provide comfort and care to the families of America’s fallen military heroes.

Set in 1945, Bandstand tells the story of five World War II veterans who return home to rebuild their lives. Each man confronts his struggles in isolation until one of them, a singer and pianist named Donny Novitski, identifies the others’ musical gifts and enlists them to form a band. The group is reluctantly joined by Julia, a beautiful vocalist and surviving spouse, who is grieving the loss of her husband in the Pacific. After a few performances, the band realizes its music not only is striking a chord with audiences but also has the power to help each of them face the impossible.

In the spring of 2017, a select group of TAPS survivors and staff had the privilege of attending a live performance of Bandstand on Broadway. At a reception following the show, the invited TAPS families mingled with Bandstand’s cast and crew in an engagement that was meaningful and enriching for survivors and actors alike. “Bandstand is a powerful and moving story that reminds all who see it of the extraordinary sacrifices our military heroes and their families make in service to our country,” said Bonnie Carroll, president and founder of TAPS.

The film version of Bandstand will play in more than 650 movie theaters and include behind-the-scenes, never-before-seen footage of cast and crew. To learn more, find theaters, and purchase tickets to this unforgettable show, we invite you to watch a preview of the film and visit Bandstand’s homepage.