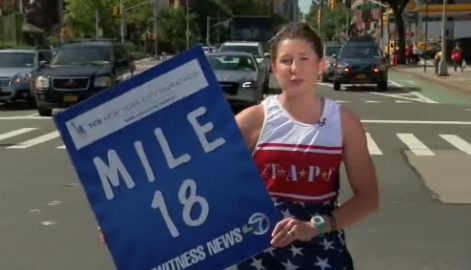 Kelly McHugh Stewart is running the TCS New York City Marathon this weekend to honor the life and legacy of her father, LTC John McHugh. He was a marathoner, but never had the opportunity to run the New York City race. Kelly has been training for months to run with Team TAPS and is near her fundraising goal of $3,000 to help raise awareness and money for families of the fallen. Stewart was only 18 when her father died in Afghanistan. She was featured on a recent TCS New York City Marathon mile marker segment and again this week on KCTV5 out of Kansas City. TAPS is proud to be in our third year of charity partnership with the TCS New York City Marathon. There are nine additional Team TAPS runners who will race the historic 26.2 mile course through Central Park and New York City on Sunday. To date they have raised an impressive $27,500 and there is still time to donate to support their race efforts.