The question this week asked where would you like to go if money were not a problem. I have a love for music, so going somewhere to hear good music and perhaps do a bit of dancing would be a treat for me. This picture came from a TAPS event called the Colorado Celebrity Classic Songwriters Show which happened in 2015. It featured country music, but I like all music and would go anywhere to hear people who love to play and put their heart and soul into it. Later in the message, you will read where other survivors would go on their dream vacation. I hope you enjoy this week’s Saturday Morning Message. 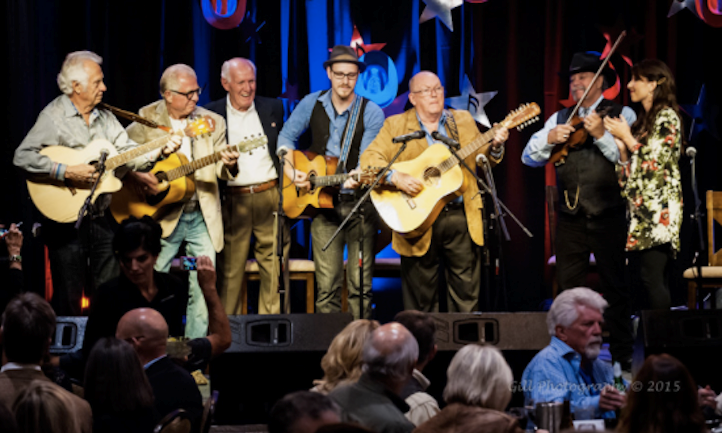 Questions are the backbone of the Saturday Morning Message. In order to keep the Saturday Morning Message fresh, I am always looking for more questions. If you have questions or topics you would like to see addressed, you can email me at online@taps.org. I directly receive all responses that are sent to this address. In addition to replies that are placed in the message, I also look for thoughts you have. You can write to me anytime just to communicate or if you have thoughts on what could make the Saturday Morning Message more helpful. Replies to the weekly question are best sent to me by Tuesday afternoon. You are an important part of this message, and I look forward to your questions or any ideas you may have.

Bonnie Jo, mother of Andrew, sent this question, “Do you have a routine? I found it important to still do the everyday chores and tasks in order to bring some normalcy to my life. What do you think?” It will be interesting to read other survivors’ thoughts on this question: Do you feel that keeping your routine is important or do you feel change is a better way to cope? We look forward to your responses to this question.

Judy, mother of Nathan, gave us the song this week, which is "Today" sung by Brad Paisley. Judy wrote, “Often when I get in the car to/from work, this song will be playing. On other trips in the car it’s not uncommon to hear “Today.” Months ago, I told my husband I hear that song all the time and asked him what message he heard that perhaps we are supposed to hear. We couldn’t come up with anything specific. Just recently I’ve been wondering if the message from Nathan is really just as simple as today, mom, choose joy.”

From Leslie, mother of Eugene: I thought about this question for some time. There have been two vacations I put on my bucket list. I chose to want to see where my son was last stationed. He was in Japan. I would love to see the base in Yokosuka. I would love some time in Tokyo. I have two friends who used to be my piano partners. We performed two piano music (on two different pianos) which was more exciting in my humble opinion. I would love to see them. After I see much of the main island, I would also like to go to the surrounding islands.

From Thais, mother of Dwayne: I want to visit every place my son went starting with the United States Naval Academy. Yes, I've been there. He signed papers and had two congressional nominations to enter USNA at age 17. We had to sign as well because he was not 18 years old. When he graduated, he was not 21 years old. I want to start there. In some of the long tours to Sicily and Italy, he was head of starting a whole new department in the Navy dealing with security between the U.S. and that country. Then he served in Japan. With a high-security clearance, he was in charge of special communications and sole assistant to a commander. I want to travel to all the ports/places that the ships he served on dock. The fun or not so fun places he went to on leave. I would very much like to take with me a Navy person to explain to me what I don't know. I know he also went to Russia only because he sent me something from there. From age 17 to 37, he belonged to the United States Navy. He went from being my son to being their man. So if I may take this trip, please pick someone to go with me. Thank you for listening.

Kitty, mother of John: We would love to combine the Grand Mediterranean and British Isles cruises. Leaving Los Angeles Airport (LAX) for Barcelona, Spain, the home of John's in-laws and departure port for the "Cradles of Civilization" with a stop at Monte Carlo where Princess Grace Kelly reigned before her untimely death.Traveling through the Tyrrhenian Sea to Genoa, Italy, the home of Christopher Columbus, continuing to Florence, the birthplace of the Renaissance, and on to Rome with the Sistine Chapel, the Colosseum, the Leaning Tower of Pisa, and on to Naples. The Adriatic Sea would take us to Verona, the setting of Romeo and Juliet, continuing to Venice, the city of canals.

The Aegean Sea, a beautiful blue water, would take us to Mykonos, Greece where underwater ruins are located and on to Athens with the Acropolis. Next is Istanbul, Turkey, the gateway to Europe and the ruins of seven churches mentioned in the book of Revelation. The Mediterranean Sea takes the ship to Jerusalem and Haifa, Israel. The concluding port is Cairo, Egypt, with the ancient pyramids and Nile River.

A flight to England would begin the second half of this dream vacation. The North Sea would take us to Scotland, Ireland, Wales, and return to England where most of our ancestors were born. A  hovercraft would cross the English Channel to Normandy and Paris with visits to the Eiffel Tower and the Louvre Art Museum before returning to LAX.

From Allicia, daughter of Burr: My dad would most likely want to take me back to Hawaii and show me around. I think he would also want to walk me around Brigham Young University Campus where he and mom met. And strangely, in a way he did that. I've visited that campus several times and in certain areas I felt a powerful presence that I later recognized as him being around. Come to find out, those places happened to be where he and mom spent all their time studying. I also know his family loved Florida. I'm an amusement park geek and love the ocean. Mom's not a fan, so I must get it from him and can't help but think he would have loved to take me to Disney World and buy me a pair of Minnie Mouse ears. A dream vacation for me there would be to run the Disney Princess Half in honor of him since I run with the TAPS Inner Warrior program in his honor, and also because those three things combined would be pure magic. Finally a trip to Ireland and the Caribbean Cruise where daddy was half Irish and again give me beautiful beaches and amazing food. Yeah, it all sounds like an absolute dream!