This week, I am going to keep my comments short as there were several writers who have responded to the question about the difference TAPS has made in their lives. In addition to the Saturday Morning Message, there is also a monthly Writers’ Circle Newsletter that is published and goes out to those who sign up to receive it. It is for those of you who find writing longer essays, poems and reading the thoughts of others healing. If you find this group interesting, just send me a short email at online@taps.org and you will be added to that group. 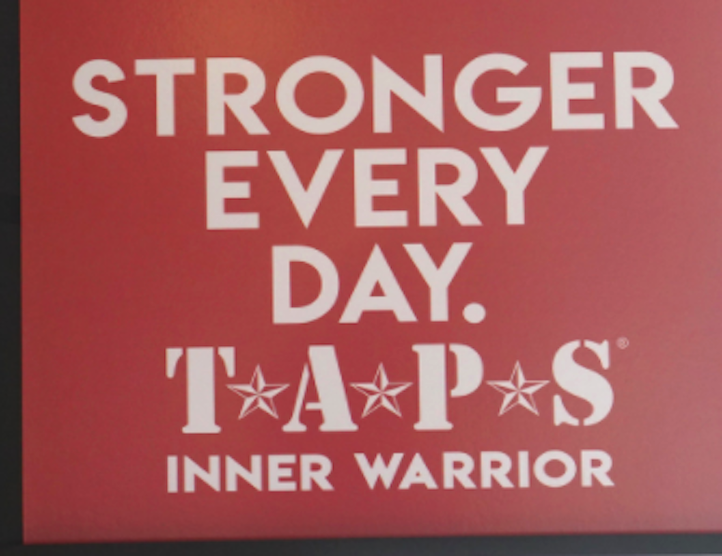 Next Saturday will be Veterans Day. This begins the winter holiday season. I thought it might be helpful for us to share what we do to make us more relaxed during this time of year. So the question this week is: What are your plans to make yourself more comfortable during the November and December holidays?

Allicia, daughter of Burr, sent these two songs. She wrote, “My dad, Burr Johnson, loved these two hymns. Both of these songs have played multiple times on Father's Days and have reminded me even more of the powerful connection I can still have with my dad. ‘The Morning Breaks’ was the opening hymn to my dad's funeral. This is my favorite version of the song ‘Lead Kindly Light,’ which was the closing hymn to my dad's funeral. Many times in church ‘Lead Kindly Light’ and “The Morning Breaks” are played back to back. Then I know it's my dad!”

From Cheryl, mother of Jack: I would like to tell you how much TAPS has meant to me and how it has helped me on my journey. When my son was killed, I was given information about TAPS at the funeral, but I cannot tell you who gave it to me. At the time, I hated the word and my brain said why would I want to get in touch with anything associated with that word.

Fast forward to January (Jack was killed in September). The funeral was over, the holidays were over. I did not want each holiday to happen because Jack would not be there for them. I was in a big black hole. I was hurting, lonely and not wanting anything. I remembered someone had said get in touch with TAPS. I called a number. I connected with people who got it.

They told me they had a TAPS event at Fort Riley. My husband and I went, along with three daughters, a granddaughter and three grandsons, and I felt like I was given a new lease, a hope, a path. We were treated so warmly, we were fed well, we went to events and meetings that gave us such good help for our journey. The grandchildren had things going on for them also. It was so instrumental in my grief healing. I was given a lifeline. I am so serious when I say this.

That was just the beginning. Since then my family has been able to attend and do things through TAPS that have made a huge difference in our lives. My daughters went to retreats and adventure venues like Las Vegas, Utah, Washington state, and the Grand Canyon. My husband went to the Smoky Mountains and Montana. My husband and I went to a couples retreat in Austin. Several of our family also went to Fort Hood in the summer of 2010. I went to a ladies retreat in Wisconsin last year. I would recommend it to ladies — it was great. We also went to Chicago this year. All of the things we did I would recommend.

I think the biggest event was our family going to D.C. to participate in the Marine Corps Marathon. My husband, one grandson, and I did a 10k. I had two daughters, a son-in-law, a daughter-in-law and a grandson all run in the marathon. Also one of Jack's team members ran. It was such an unbelievable time. The whole thing was only possible through TAPS.

I am so awe-struck as I write this. Every one of us who joins this family that no one really wants to join needs to get connected with TAPS. We are lifted up by TAPS.

From Merry, mother of Wesley: Connecting with others who share my journey/story began very slowly. I was online for a year in the chat room with other women and men who were trying to make some sense out of the devastating circumstances of loss. My daily life was very compact, and I did not reach out to people for a long time.

Year two brought a planting of a tree, and I had several people invited to that celebration and it was good.

Year three I realized that others had definitely moved on and were not going to remember my story. It was a horrible anniversary.

Year four has been a slow realization of how different my journey/story is than what I had imagined for my life. I've begun to take a more honest view of the story. I don't like it — I rather hate it — but it is my story and I have to write it.

The fifth anniversary just passed. I received a lovely email card from TAPS, a remembrance email from my best friend from the first grade, a bag of chocolate and a big hug from my best friend at home as I left for "Hope In The Desert," TAPS National Military Suicide Survivor Seminar, that was held in Phoenix. I have many family members — not one of them said anything. I don't know. Maybe it's because I live far away from everyone. It will be interesting to see if anyone brings it up when I visit family this next week.

TAPS has been the lifesaver in all of these years. I can rely on any of my acquaintances and friends. My life is very different, but I can celebrate, grieve and hate the journey with TAPS and my TAPS friends. I also am involved in a Heartbeat group at home — Parents Surviving Suicide.  We all have a story, and we have each other.

From Jim, father of Andrew: To the question of the week – How do I answer it? Basically by just saying what the question asks. My life is incredibly and vastly different because we have been able to connect with others through TAPS. There are levels of our souls and beings that need to be shared, and connecting with others through TAPS, through talking, listening, doing and just being there, allows that to occur. Few other things allow that to occur in ways that truly validate the pain and hurt in our aching souls. TAPS allows us to connect, aching soul to aching soul.

TAPS is not just there for us; they are there because of us — because of our pain, our hurt, our need to be comforted and heard, and because we all matter. Others have walked on the beach in shoes stained by tears. They realize that the point is not to stop the tears from flowing or to wash the stains out of the shoes, but just to be there for outward and inward support and comforting.

TAPS matters, we matter, and the “new normal” in which our thoughts and feelings reside matters. Can we and will we ever really feel better? Yes, it is true that with time most of us will. But because of TAPS, most of us do in really substantial helpful and healing ways which we likely never would have experienced. With time it likely will get better. However, for me, with TAPS, it HAS gotten better. Thanks!