This week, spring arrived in my part of the country. My favorite flower is the rose, so I thought I would send a picture to you today. Now that it is warmer, people in my neighborhood stop and talk when they're outside. When I was young, many people would talk about who they were named after and why. This has always been one of my favorite conversations. Survivors sent in a variety of answers to the question this week about how we or our loved ones received a name. I hope you enjoy reading the responses. 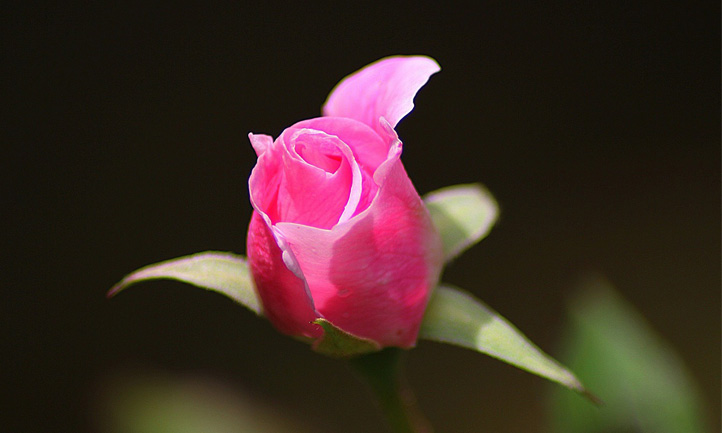 Betty, mother of Michael, sent this week's question. She asked, "What do people do with the possessions of their loved ones - specifically uniforms?"  The Marine Corps sent her boxes of her son's things and she wants to keep them, but she would like some ideas on how others have faced this challenge. I know there will be many survivors who will want to read the responses to this question.

Last week's Saturday Morning Message centered around how our thoughts on our own mortality have changed. Mary, mother of David, heard the song "Danny Boy" by Celtic Woman when she was watching a movie on the Hallmark Channel. This is a song that went beautifully with last week's topic, and since it includes a name in the title, it is the song this week!

Along with sending the song, Mary wrote, "My outlook on death, now that my son is no longer here, is with mixed feelings. I can hardly wait to see him again and no longer have this deep sorrow in my life since his passing. I am no longer afraid to die. The negative side of this new feeling is that I do not want to leave my loved ones, my daughter and husband, behind. The idea of leaving them scares me, so I have mixed feelings about facing death." I think this song's lyrics address the idea of mixed feelings perfectly.

From Leslie, mother of Eugene: Eugene was Eugene III. It was tradition in my ex's family to name the first son after his father, so Eugene was named after his dad and grandfather. Eugene Sr. had a friend named Eugene who also had a son with the same name. A visit with all of the Eugenes had everyone answering at once. My son was "Genie boy" when he was small. When he was about 4 1/2, while drawing a picture as I was cooking, he asked me how to spell Genie. So I spelled it for him. He then asked how to spell knee, and so I spelled that. He signed the picture Gene Knee.

From Bonnie Jo, mother of Andrew: Bob and I did not know if we were having two boys or two girls until they were born, so we had to come up with sets of names.

It was fun. I always kind of knew I would have one of each as that was just what was in my family history. The names used in the past were either too weird to use or reflected on the past sets of names, so we decided to fit the names to our last name and not to honor anyone.

I loved the names Lisa and Katie and Bob and I liked Martin, but there were too many Martins in my family and my cousin had just had a baby named Martin.

My husband teased my mother so much and told her that he was naming the twins Frick and Frat or John and Priscilla (as they were due in late November) or even Buba and Beegus! No matter what he said, my mother was convinced he was going to do that!

The last set of twins from my grandmother were named Martin and Mill-Mae. Hmm, using Martin was out of the question, Mill-Mae was kind of unusual and my mother's name was so different. It was Thoris (yes, I spelled it right!).

Andrew was a favorite of mine, so we just picked it and it fit! I always called him Andrew, but then again it became Andy as he was such a beloved friend to so many. So, that is how we got Andrew and Lisa.

From Kitty, mother of John Michael:  John Michael's name was comprised of his father's favorite name, Michael, and my favorite name, which is John. Other than our favorite names, his name has historical significance. The name John goes back to an ancestor, the mayor of Budleigh, Devonshire, England, who was born in 1480. His great grandson, Roger Conant, was the founder of Salem, Massachusetts, in 1621. Roger arrived in what is now Massachusetts in 1620 on the third ship after the Mayflower. Both John's and Roger's statues are in their respective cities to honor them. It is on our bucket list to visit each city, and we will get to visit Salem the week before the TAPS seminar this year.