At every seminar, there is a wall to place pictures of our loved ones, so we can all view them. Now on the new TAPS website, there is a place called the Memorial Hero Wall. When you enter this section, you will not only see pictures of those special people, but you can add a picture of your loved one to the page. This was the inspiration for today’s Saturday Morning Message topic. I thought it would be nice to share a memory and a photo. I hope you enjoy the responses. Please feel free to send your memories and photos this week along with the answer to this week’s question. Monthly, I put together a Writers’ Circle Newsletter including longer written pieces and poems that are sent to me, and these memories would fit perfectly there. If you would like to be included on the newsletter mailing list, just send me an email and you will receive the newsletters. 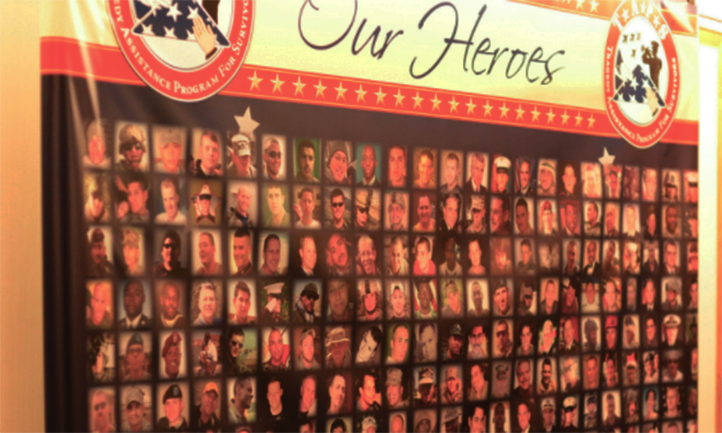 The Saturday Morning Message was created so survivors can share questions and read how others respond. By sharing coping strategies, together we become stronger. I am always looking for questions for future messages. You can also submit favorite songs that are meaningful to you.

You never know how your words may touch the heart of another. I encourage you to reply to the Saturday Morning Message by emailing online@taps.org. I directly receive all responses that are sent to this address. In order to have your reply included in the week’s Saturday Morning Message, it is best to send it to me by Tuesday of the following week. This week's question is located below my signature.

There are a variety of TAPS events all through the year. This week, it might be a good idea for those who have attended one to let others know what you have found most helpful about it. In this way those who have not attended yet will get your thoughts on what was meaningful, so the question this week is: When you attended a TAPS program or event, what activity has meant the most to you? We look forward to your responses.

The idea to use the song “‘Til the Blue” came from Kim, spouse of Milton. The song was written by Steven Curtis for the hurricane survivors, but it is also applicable to those whose loved ones died in the western wildfires, Las Vegas shootings and our TAPS family. He is joined in singing by Gary Levox for this YouTube version. 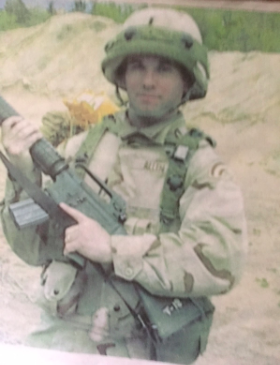 From Robert, father of Louis: Louis was a lieutenant in charge of a three-tank platoon. One member of his unit was from Peru and had a significant accent. He was constantly kidded about it and it affected his morale. Lou got his members together and told them to cut it out. When we were at an activity honoring Louis, this soldier took us aside and told us how much he appreciated this. Louis was always doing things like this as a teenager. He didn't like seeing a person being ridiculed or bullied and would support that person.

I neglected to note this last week. We have a foundation in Louis's name and one of the charities we support is our local homeless shelter. When we brought a check there, Vivian, Louis’s mother, decided to further help by knitting blankets. We'll be bringing seven blankets when we bring the October check. She uses me as the model. When each blanket can reach over my head, it's ready. She does this as she watches TV. It helps the homeless and gives Vivian peace of mind. 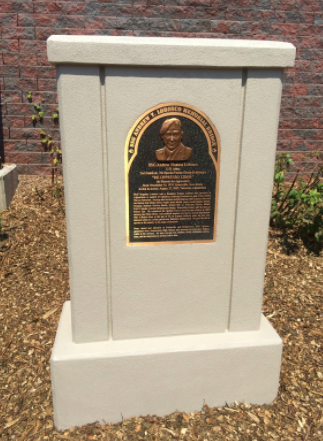 From Bonnie, mother of Andrew: When Andy’s team of Green Berets came back home from their time in Afghanistan, the Freeholders of Somerset County, Bob and I invited them to come to the Bridgewater Mall and Marriot Hotel for a ceremony. They were dedicating a walking bridge for Andy over three or four highways, Route 22, Route 287 and 202/206 highways. It is a great bridge with two plaques of bronze on posts for Andy at each end with his bronzed photo on posts. Hard to view for sure for me but so honoring.

Andy was a big part of the county. He attended the Catholic high school across the highways where the bridge was being constructed and linked the two towns together. He also was a  second-degree black belt karate instructor in the town of Somerville when he was just 16 years old and was well-known to so many of all ages. He trained many of the law enforcement men and women as well as his own mother in the martial arts.

We held a luncheon in the hotel before the ceremony. It was the coldest day ever! I mean freezing and windy — below zero! Lisa, Andy’s twin sister, flew in for the ceremony as well. The three of us decided to split up and sit at different tables, so we each could spend time with members of Andy’s team and rotate around the room.

I sat with some of the generals and other team members who I got to know over time, but at that time I was a LOST soul for sure.

One of the guys, I think he was a lieutenant or higher, told me a story about his time with Andy. He said, “Things were quiet for the time being at the base and the team decided to hold a wrestling match for the guys’ enjoyment. Andrew was challenged to wrestle. Now, Andy had never wrestled and this guy knew it and thought, “I got this!”

So of course, Andy, who was a medic, pinned him good and nearly broke his arm. Being Andy, he checked him out physically after the match and told him, “You will be fine, so go to your bed, take two aspirins and come see me in the morning!”

The lieutenant said, “Hey, none of the guys told me he was a 2nd-degree karate instructor!”

Sad as that time was, it was beautiful to spend time with the men he served with and hear their stories.