This week, survivors sent pictures of their loved ones and wrote a bit about the picture, so I thought I would share a picture of my son, Bryon. He was a helicopter crew chief for the Marines. A friend took this picture when they were in the air, and it shows how much he loved what he was doing. I will remember that smile and the excitement in his voice when he called to tell me about his latest venture. 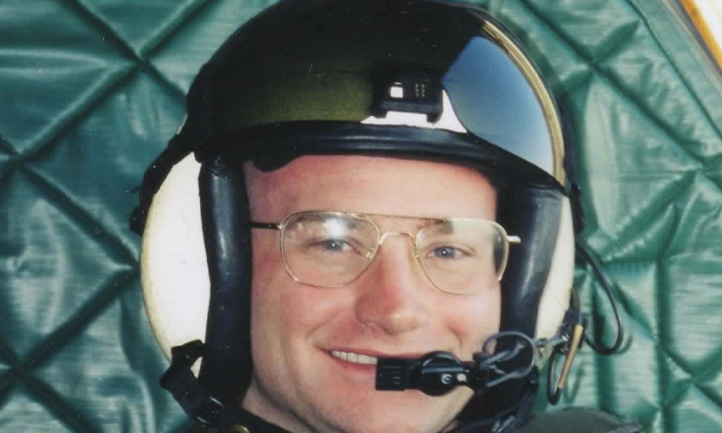 The photos today show how much each of these outstanding young people were loved and how much they are missed. Thank you to everyone who contributed to this week's Saturday Morning Message and all those who read it.

Questions are the  backbone of the Saturday Morning Message. I am always looking for more. If you have questions or topics you would like to see addressed in the Saturday Morning Message, you can email me at online@taps.org. I directly receive all responses that are sent to this address. In addition to replies that are placed in the message, I also look for songs that are meaningful to you and any thoughts you have that might make this weekly message more helpful. Replies to the weekly question are best sent to me by Tuesday afternoon. You are an important part of this message, and I look forward to your questions or any ideas you may have.

This week's question came from Bonnie, mother of Andrew. The question this week is: What is your favorite food you like in the spring? Give a little explanation about why you like it. Bonnie wrote, "I am not just speaking about food for our bodies but also about food for our hearts. Remember that planning and preparing food is a gift that gives back, so it is feeding your needs. I love to cook and do so almost every day except for pizza nights, yum! However, since I lost my son and my husband, the cooking has changed for me. I still cook but often do not really enjoy it. I wind up feeding my neighbors and friends often as there is only so much you can or want to freeze. They actually do not mind at all!"

Diane, mother of Caleb, sent "You'll Be There" by George Strait for this week's song. Diane wrote, "A few days ago I was having a really hard day. I saw a sticky note with something written on it. It was the name of this song. I must've heard it at some time and wrote the title down. I looked on YouTube and listened. It was just what I needed. A line of the song says, 'I'll see you on the other side … It might be a long, hard ride, but I'm gonna take it.' I know I'll see Caleb again. This certainly is a long hard ride - but I'm gonna take it." 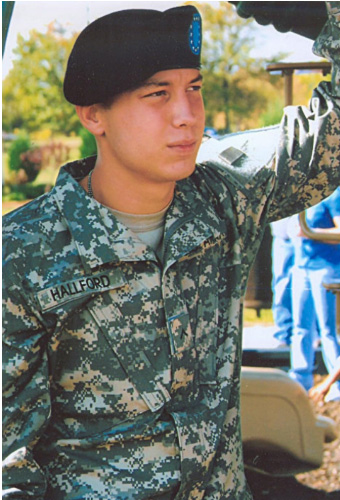 From Adra, mother of Kyle: When Kyle completed basic training, I took this photo. I see in his eyes an awareness of what was before him. I see his pride and determination to serve our nation. He knew he would be headed to Afghanistan to support a fighting unit. I feel so proud of him when I see this photo. 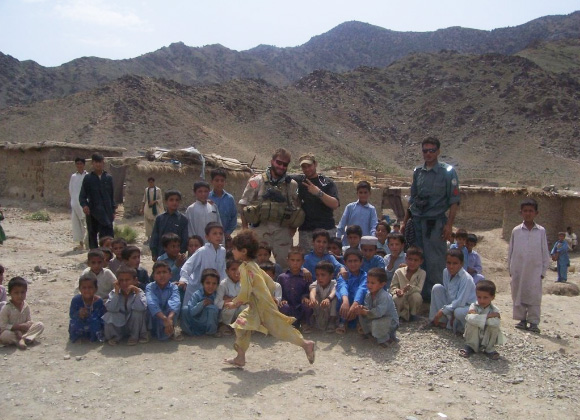 From Bonnie, mother of Andrew: Here is one of my favorite photos of my son, Andy, on his first tour in Afghanistan. I did not see it until he died but was told how much he loved his "kids," as he called them, and he helped set up a clinic and school. He is the one in the middle with the huge medical bag. He got their attention first by taking this photo and having some fun, but they had no idea that inoculations, shots and dental checks were the next thing on the day's schedule! I miss him so much. 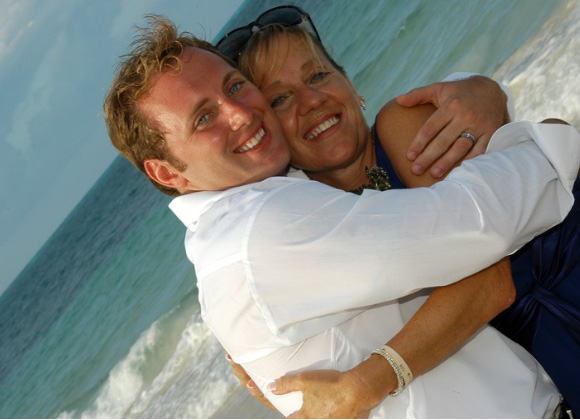 From Karen, mother of David: This is one of my favorite photos of my beautiful son, David, and I together. This was taken on Oct. 8, 2008, on his wedding day in Cancun, Mexico.The happiness in his smile and his embrace and love for me is definitely evident. Sadly, on Oct. 18, 2013, he took his life at age 32. Oh, what I wouldn't give to hug him. 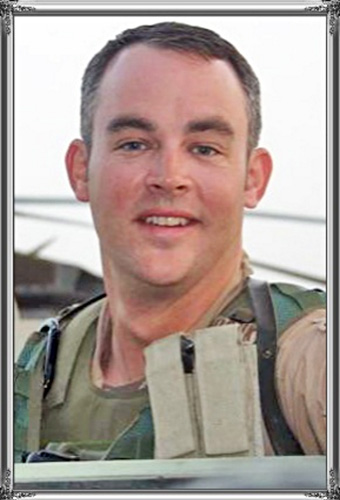 From Belinda, mother of Benjamin: I have a lot of photos of Benjamin that I love to look at, but this one reminds me of him before the demons of post-traumatic stress started chasing him.

From Diane, mother of Caleb: I have a picture on the refrigerator of Caleb. He is probably in the second grade, and it was during Christmas. The children have coats on, and it looks like they are lining up, probably for the Christmas program at church. The little boy beside Caleb is directing him to look away - but Caleb is looking at me, a twinkle in his eye, as if to say, "I know where I'm going, but I'm looking at my mom right now." I love the picture because it speaks to me of his love and devotion to those he loved - always with a smile. Sigh. 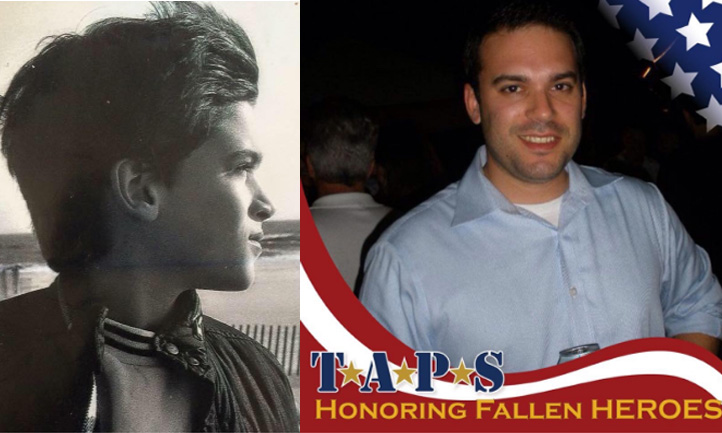 From Leslie, mother of Eugene: The first picture is my son at 10. He was a tough kid to raise, especially as a single parent. He had an IQ of 173 and just had different ideas about everything. This is one of the few photos of him relaxed near the beach. He had no idea the photo was being taken, otherwise there would have been a funny face or he would have put his hand up. The Navy knew what to do with him, and he was most happy in the Intelligence field. The second picture was taken two months before he passed; he was 33. A happy young man!