There’s nothing better than a TAPS family dance session at the end of a beautiful weekend of hope and healing. TAPS welcomed country music star Shane Owens to our West Coast program event in early December. Shane and two of his band members flew in from Nashville and performed a private concert for over 400 survivors in San Diego for the TAPS Regional Seminar and Good Grief Camp. 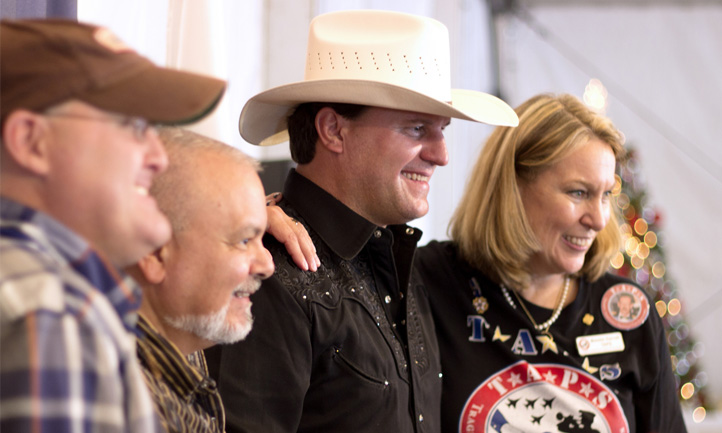 There were many touching moments as Shane sang some of his with holiday classics interspersed as a reminder of past holidays with loved ones who are now gone.​

Proceeds from online sales of his hit single “19” have been going to support the TAPS mission. An 8-year-old boy in the Good Grief Camp shared what he had learned over the weekend. “It’s OK to have feelings and to cry when you are sad,” he told Shane. Shane said it was a moment he will never forget.

Music has a special way of honoring memories and healing the heart. TAPS is grateful to have such genuine and gifted artists share time with the TAPS family. In true TAPS fashion, Shane didn’t want to leave until every picture, every autograph and every hug was given.