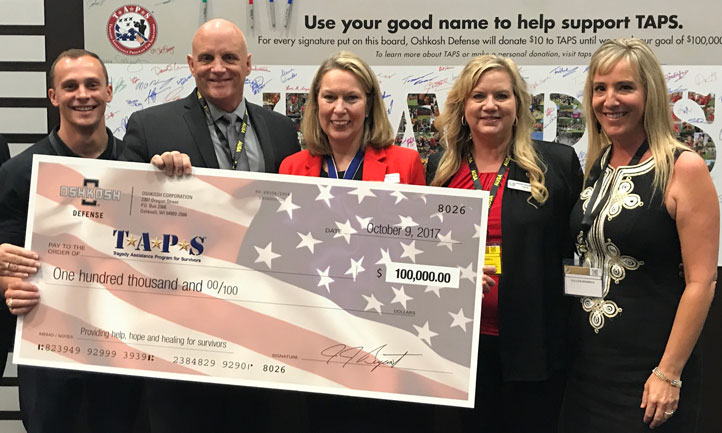 Oshkosh Defense stands behind those who dedicate their lives to America's defense and their families, ​especially those who have suffered the loss of a military loved one. For more than​ nine years, Oshkosh Defense has generously supported TAPS programs and ​is a leading supporter of ​the TAPS Honor Guard Gala.

The Oshkosh Defense team also ran​ on the TAPS team ​ in the 2017 Army Ten Miler ​and wore the pictures of fallen hero​s​ on the back of their race jerse​ys.​