The Tragedy Assistance Program for Survivors (TAPS) recently held our 9th Annual National Military Suicide Survivor Seminar in Phoenix, Arizona. We welcomed more than 600 parents, spouses, children, siblings, friends, battle buddies and other family members grieving the death of a military loved one by suicide. Some were very new to their loss – less than six months, and some had experienced their loss over 10 years ago. There is no expiration date on grief and together these courageous survivors faced this journey. 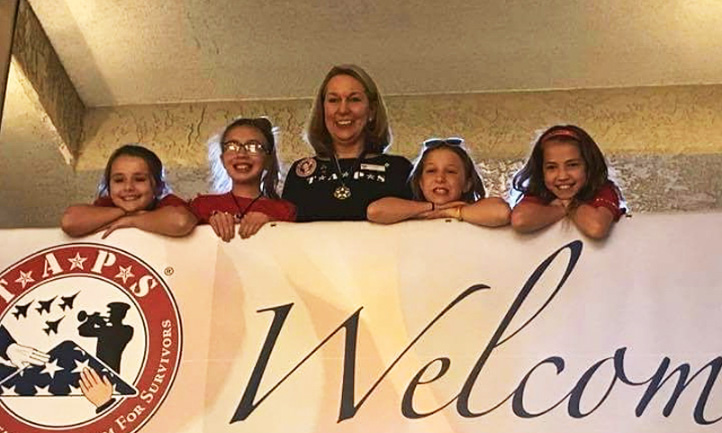 The TAPS Peer Mentor Program equips survivors 18 months past their loss to serve as a mentor to fellow survivors looking for support from someone who truly understands. Our peer mentors innately and intimately understand the unique aspects of military tragedy. Peer mentors are there to listen when you need someone to talk to, be a friend when you’re feeling lonely and celebrate the triumphs in your grief journey.

“The grief that follows a suicide loss is uniquely complicated. It’s important for those who have lost a military loved one to suicide to connect with others who have experienced a similar loss,” said Kim Ruocco, TAPS Vice President of Suicide Prevention and Postvention. “The grief journey is difficult, but everyone who joined us this weekend left knowing they are not alone. Their TAPS Family will always be with them.

The seminar also included 150 children who participated in the TAPS Good Grief Camp, where children grieving the death of a parent or sibling learned coping skills and met others who have experienced a similar loss. Children were paired one-to-one with military mentors, who provided an important connection to their loved ones’ military service. Many of the military mentors were active-duty service members who came from Luke Air Force Base, Davis-Monthan Air Force Base and Fort Huachuca in Arizona as well as Peterson Air Force Base, Schriever Air Force Base and Fort Carson in Colorado, while the remainder were Reservists or recently separated veterans.

Likewise, the weekend provides a therapeutic impact on the Military Mentors who have suffered loss of a battle buddy whether in combat or at home. “All the medications and prescriptions cannot replace the healing that I experienced this weekend. I slept soundly for the first time since I returned from Afghanistan,” remarked a mentor.

Each day, TAPS is connected with 14 new survivors of military loss. Those impacted by suicide account for over 30% of those new survivors.

TAPS is at the national forefront in developing a three-part postvention model that provides for comprehensive support for survivors of military suicide loss. With more than 8,000 survivors of a military-related suicide in its database, TAPS knows this population is at risk for additional suicides, addiction and mental illness. TAPS is able to provide world-class care to this population and its program is saving lives and providing hope and healing to these military families. The postvention model consists of peer professional stabilization, a holistic approach to grief work and post-traumatic growth that helps survivors identify a new purpose in life. TAPS also has become a national leader in developing best practices for suicide prevention education and safe messaging. 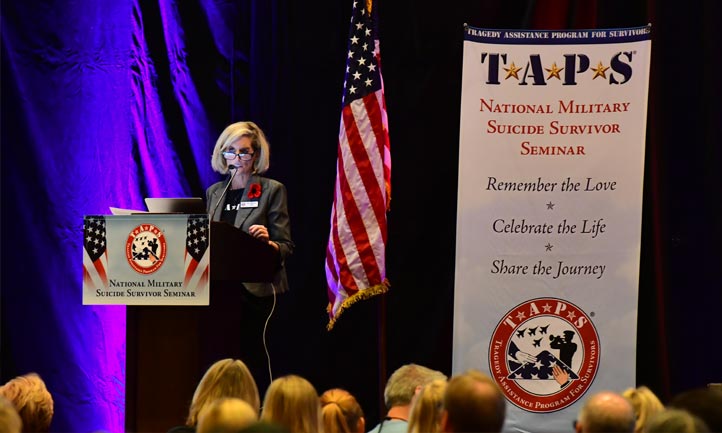 Event Photos, Adult and Youth Survivors come together in fellowship in Phoenix, Arizona