As one of the four official charity partners of the NFL, TAPS benefits from the proceeds of auctions for official NFL items, exclusive Super Bowl Packages and authentic signed and game-used items from your favorite teams and players.  Over the past five years, NFL Auction has donated more than $5 million to NFL and team charities and nonprofits. The NFL does not retain any profits generated by the sale of products on the NFL Auction platform. 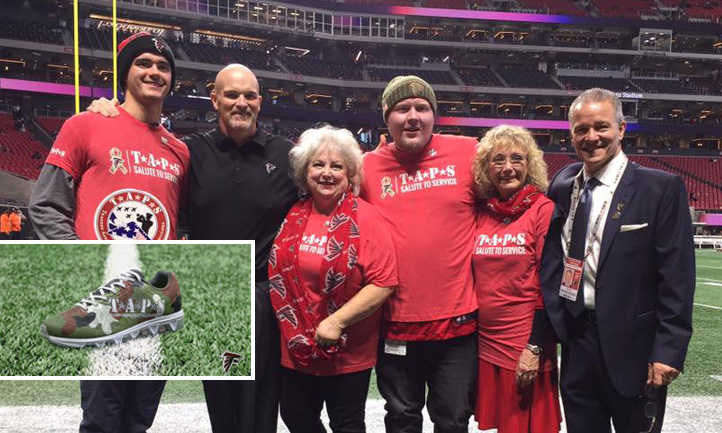 NFL Auction plays a key role in the NFL’s Salute to Service campaigns which host TAPS families around the country. There are several items currently for auction that specifically benefit TAPS.

The TAPS sports program, teams4taps, works to create meaningful opportunities for the families of America's fallen heroes while raising funds and awareness for programs across America. Since its inception in 2013, teams4taps has touched the lives of thousands of survivors. They are on pace to partner with professional sports teams in over 200 events in 2017.

TAPS is so grateful for all the NFL teams that support our families.