Beginning the widow walk is a struggle, but there are some basic truths that would have helped me navigate those first few months with maybe a bit more grace and certainly more confidence. Here’s what I’ve learned since then, in hopes of making the start of your grief journey a tiny bit easier. 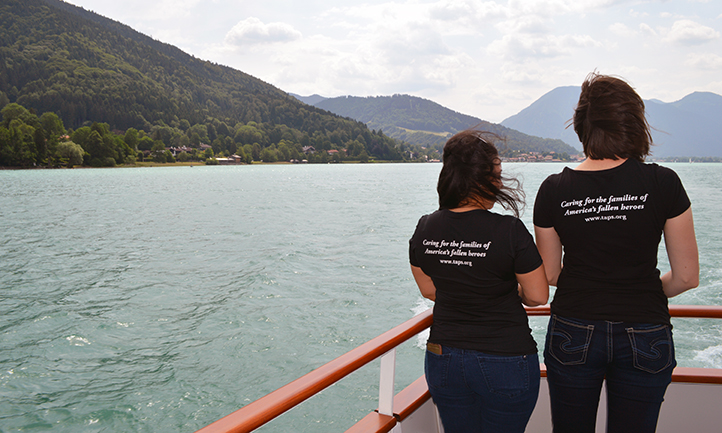 People will judge, you’ll be looked at strangely, and the worst part is that there will be times you feel like a failure. This is when to stop and remember there is no right way to be a widow, no matter what anyone says.

No one knows exactly what you are going through, even those that have walked a similar road. There is only one way to be a widow in your world — YOUR WAY. Don’t let anyone tell you differently.

2. People really are trying to help.

Sometimes it won’t feel like help, but they are doing the best they know how. Probably not many in your circle are widows, and even those that are will get it wrong. Watching someone writhe in grief is painful; stupid, insensitive things get said or done that are not meant to hurt. But they do. Take a breath. Try and forgive their ignorance. Move on with your own work.

I got to the point that if one more person mentioned my new guardian angel or how God needed him in heaven, I was going to hit something. People just don’t know what to say. I’m almost six years out and when I meet new widows I still stumble. It is hard to say the right thing when there are no words to fix what is broken.

Friendships you thought would last will disappear — sometimes slowly, sometimes overnight. Connections with the military community will morph. Even family ties will shift as some will understand better what you want and need as a new widow. Spend less time watching the backs of those walking away and more time focusing on those sweet souls who walk toward you in your grief.

There are those who will understand, those who will try to be there however they can, and those who just won’t ever get it. Maybe they are frustrated you aren’t “getting on with your life” or maybe they are angry you have “moved on.” Whatever the case, it really doesn’t matter. As a wise person once said, “Someone else’s opinion of you is not your business.” Stay true to your path; don’t let anyone’s words or actions impact where you need to be.

Being a widow sucks and being a military widow brings a whole new layer of complication to the situation. It is normal — I’d say almost universal — to get angry at points along the way. This isn’t an excuse to be mean, but it is totally understandable to get mad sometimes. Forgive yourself for being human.

I was furious when the government worker in charge of the SBP forms asked if I was going to remarry before I was 57 1/2. Really? That was almost 20 years in the future, and he hadn’t even been gone a month yet. But I felt like I had just a moment to consider the thought or not be able to receive his pension. While I didn’t lose it in the moment, my anger built up and it still makes me mad knowing that same question is being asked of widows every day.

5. You will always be a surviving spouse.

This one is really hard to get your head around, at least it was for me. I’m engaged to an amazing man that I love, but in a totally different way than I loved my husband. They are different people — I’m a different person now — how could one be compared to the other? But in the same breath, I will always be his widow, even as I look forward to being a wife again one day. I can love my fiancé at the same time I miss my husband. They exist in the same place, at the same time, despite all logic to the contrary.

Especially when being a widow is new, you may feel like you are holding it all together — and you might be — until the shock wears off, everyone goes back to their regular lives, and reality hits. Then the real work begins. You can do it, it will just be harder than you expected and when you look back with a bit of perspective you will be shocked at how far you have already come.

It took me months to come out of my fog (years if we are being really honest) and when I slowly emerged from shock and denial I was surprised to see what all I had accomplished. My kids were still standing. My house hadn’t fallen down around me. I was still a functioning human being. These were all things that I didn’t think I could have done considering what had happened. The old adage “you are stronger than you know” is true.

Just look at how far you have already come.

August, the surviving spouse of Lt. Col. David Cabrera, currently lives outside of Washington, D.C., with her two boys, fiancé and dog. She’s pursuing a MFA in Creative Nonfiction while working on a memoir about her experiences with death, grief and the unavoidable tension around heroes being human.