Of all the holidays I thought would be hard, Mother's Day was not at the top of my list. After all, it was about me, not my late husband, and how could that be hard? It would be just another day alone with my boys. No big deal. 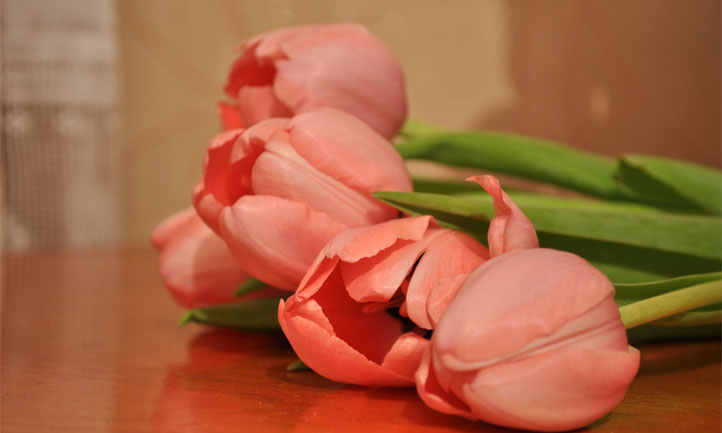 Was I ever wrong.

That first Mother's Day brought all kinds of realizations: there would be no surprise gifts, no breakfast in bed, no pampering for a day. My boys, 5 and 7 when their daddy died, didn't know how to scramble eggs or drive to the store. It was just me now, and the one day a year I was supposed to be honored was just another day trying to survive with two grief-stricken little boys.

That first year was the worst. The boys brought home their school-made gifts, which made my heart happy. But then I remembered the ceramic plates they had made me the year before with Daddy's help. And how he had taken the boys for an adventure in the city that day because what I really wanted was a day off of having to take care of everyone.

And now I was alone. It was a long day.

The good news is that it has gotten better. We are five years out now, and my boys have learned to whip up a pretty amazing Mother's Day salad … Don't ask; it has somehow become a tradition. They remember the day, and even though they still aren't old enough to make it the store alone, they do think of ways to love on me and have learned to surprise me in new ways.

The reality is, my TAPS family, these days can sneak up on us. We don't think some holiday will be hard and then it is and that is OK. Grief is never planned, and Hallmark just doesn't cover this kind of feeling.

So to all the moms out there, I wish you a happy Mother's Day. I hope it is better than you could have ever wished for and, no matter what, there is a moment of joy just waiting to surprise you.

August, surviving spouse of Lt. Col. David Cabrera, lives outside of Washington, D.C., with her two boys, her fiancé and her dog. She is pursuing a Master of Fine Arts in Creative Nonfiction and is enjoying the challenge and adventure of finally following her dream of being a writer when she grows up.