TAPS was honored to participate in the Annual “Land of the Free Veterans Day Golf Classic” in City of Industry, California. The Land of the Free Foundation partnered with the Pacific Palms and Conference Center and the Industry Hills Golf Club to play host to 50 foursomes for a one-day salute to America’s military. 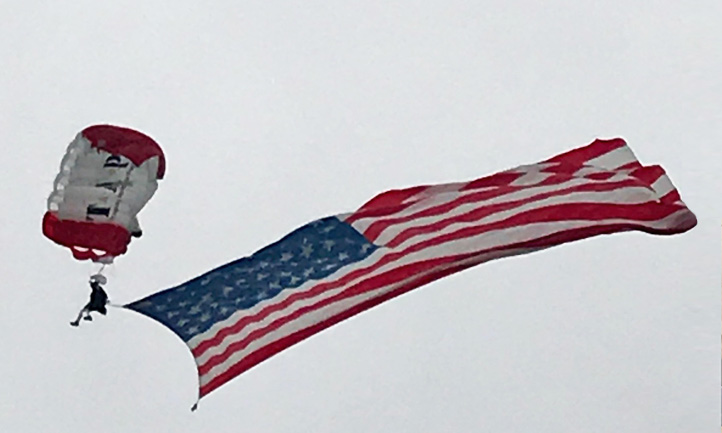 The tournament started with a breathtaking tribute to the families of the fallen.  Sgt First Class (Ret.) Dana Bowman, a double amputee, surprised the golfers by performing a skydive using a custom-made TAPS parachute.  TAPS families, first responders, veterans and active duty service members joined sponsors on the links as the Land of the Free Foundation recognized the men and women of our Armed Forces past, present and future. In addition to traditional golf tournament activities, participants were able to spend time with service members from every branch of the military and learn about some of our nation's fallen heroes as surviving family members shared their experiences.

Land of the Free and those who participate in this annual event are committed to ensuring that Americans don’t stop recognizing the hard work and sacrifice of our young men and women in the Armed Forces, and especially those families whose hero gave the ultimate sacrifice.   All proceeds from the event benefit select Veteran Service Organizations that partner in support of America’s military and their families.  TAPS is honored to be a part of this tournament and commitment to honoring all service members, especially those that paid the ultimate price for our freedoms.