Nearly 200 surviving military family members joined TAPS in the Inaugural Parade for the 45th President of the United States Donald J. Trump on Friday, Jan. 20, 2017. The families took part in the parade to honor their loved ones, carrying photos of their fallen heroes on TAPS paddle fans and wearing photo buttons as they marched down Constitution Avenue.

For Deborah Whitaker, surviving mother of SSG Dustin Whitaker, led a group of 11 surviving military family members from Iowa for the event. "We left as strangers on a trip of a lifetime and came back as Family," she said. 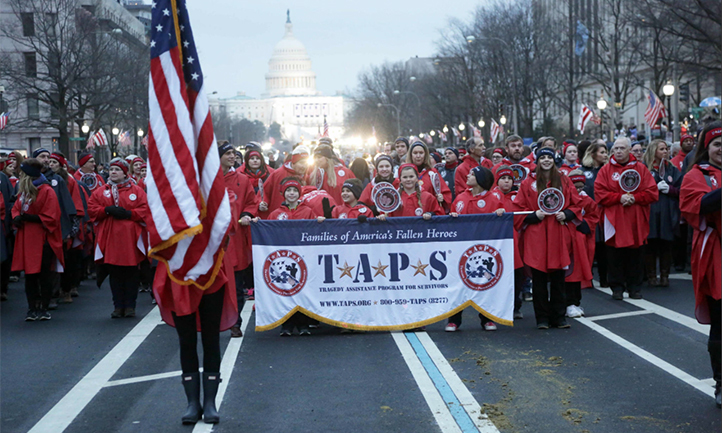