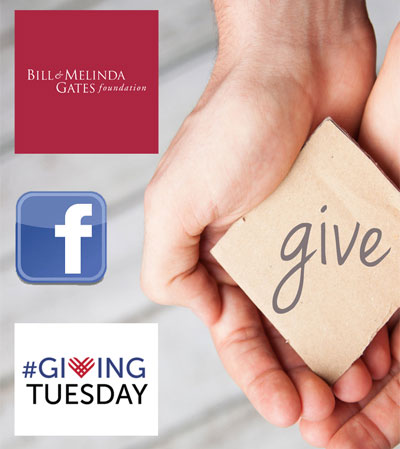 On #GivingTuesday, Facebook and The Bill & Melinda Gates Foundation will be matching up to $2 million of funds raised for U.S. nonprofits through Facebook's charitable giving tools. Donations can be matched up to $50,000 per nonprofit! There is a max of $1,000 per individual supporter fundraiser or donate button and the match only lasts until the $2 million in matching funds run out.

TAPS supporters should prepare in advance by setting up their individual Facebook fundraiser before #GivingTuesday so it is ready to share with friends and family.  The match opportunity will begin sharp on November 28 at 8 a.m. EST (5 a.m. PST).  Share your fundraisers and the official TAPS fundraiser link early and often!

Additionally, Facebook is waiving all fees for donations to nonprofits on #GivingTuesday so all of your donation will go to TAPS. Don't miss out on this incredible fundraising opportunity to double your donation to TAPS!