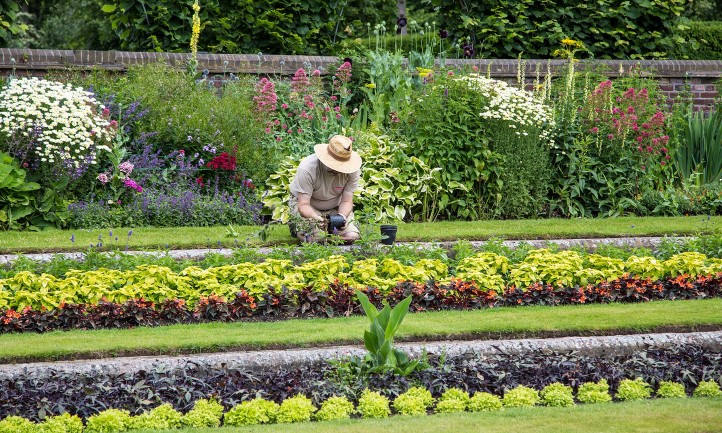 When my husband, Navy Petty Officer 1st Class IC1 Kevin Wilson, passed away in September 2009, I was left feeling hopeless. Active duty military myself, with two small kids, I faced both legal battles over our common-law marriage and an unsympathetic command. All of that while trying to comprehend what happened and how to raise my kids. My closest family was halfway across the country; I was alone.

Compounding on this, I was diagnosed with Multiple Sclerosis and advanced Lyme disease on top of the panic attacks and depression that followed Kevin's death. The panic attacks led to increased anxiety, which caused me to isolate myself. One bad day would lead to another.

And then, I found a ray of hope. A neighbor and I started a new hobby, harvesting sap from her sugar maple trees to try to make maple syrup. After 10 days of dumping buckets full of sap into pots over an outside fire in the cold Pennsylvania winter, we ended up with a whopping half gallon of syrup that we split between us.

I felt great for the first time since Kevin’s death. Every morning, I woke up looking forward to seeing how much sap had collected overnight, getting the fire started and watching the sap change colors. For 10 days, no matter how much pain I was in, how sad I was or how unproductive I felt, I woke up knowing something had been accomplished. I did something.

Remembering how great I felt during maple season, I decided to plant a small garden that following spring. It had a powerful effect on how I looked at my grief. Here’s how:

Every day, I had to get up and water my plants, weed the garden and eventually trellis the plants. The difference in the plants was noticeable on a daily basis. These tiny plants would grow noticeably from the time I woke up until the time I went to bed. I could see that. Yes, my kids needed me, but on a bad day, the plants didn’t talk back or argue. It was my therapeutic “me time.”

2. It changed my attitude and perspective.

Harvest time came, and I had more food than I could use. I didn't want to waste all my hard work. I bought jars and a canning pot to can and preserve my harvest. By the end of the season, I was exhausted but proud, looking at the empty garden and pantry full of tomatoes and green beans. To top it off, the continuous flow of down days lessened. Focusing on this garden gave me a more positive outlook on life.

3. It pushed me to move forward and create goals.

The following garden season, I wanted to tackle more. I put in a retaining wall and gave myself a five-foot-wide garden area. In an attempt to get an early harvest, I accepted the challenge of starting the plants myself from seeds. They were so much more demanding and sensitive than I expected. My seeds ended up failing, but instead of giving up, I used the extra garden space to plant onions, garlic, cucumbers and potatoes.

Fall came and with it the realization that there was a difference in my mindset. This garden hadn't healed me of any of my physical conditions, but it had become a source of therapy and healing in my grief journey. I still had days when I wanted to be a hermit and left alone, but knowing I needed to tend the garden was enough to challenge me to get off the couch and face the day.

Much like gardening, becoming a TAPS Peer Mentor has helped me so much. It offers an opportunity to see others grow in their quest to find healing. It helps me focus on the hope I can give another person newer to grief. It’s a reminder that it’s OK to take a step backward. So often, it’s that step backward that spurs two steps forward. And it’s a constant reminder that even on my worst day, I will never be alone on my grief journey again.