If there’s one thing Tracye Hernandez-Bynum has learned in the past 11 years, it’s that no one’s grief is irrelevant. Tracye’s ex-husband, Army Staff Sgt. Robert Hernandez, was killed in action in 2006. Tracye and Robert have a son together, who was 11 when his father died.

The grief Tracye felt over the loss of her ex-husband was palpable, but others around her didn’t understand how she could be grieving. Tracye was told she shouldn’t be so upset — she wasn’t married to Robert anymore. She wasn’t a widow. But her grief was there, and it was real. 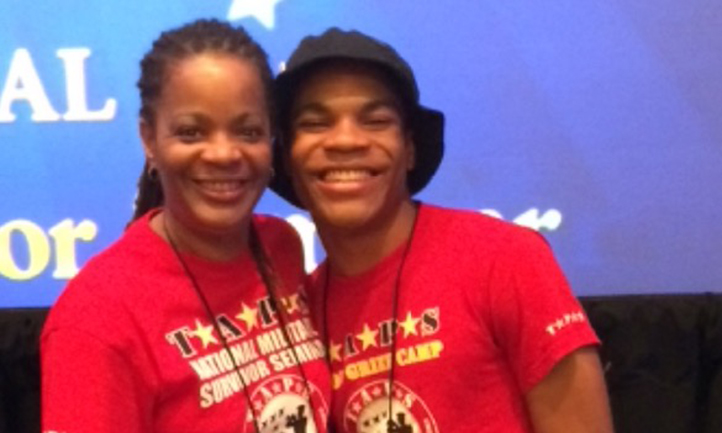 Five years after Robert’s death, at a TAPS seminar, Tracye got a glimpse of the impact she could have on fellow surviving former spouses. “I shared my story during one of the seminars, and afterward, another ex-spouse came up to me and was so happy to talk to me,” Tracye said. “By just being me, I was able to touch somebody and make them feel better.”

Tracye became a TAPS Peer Mentor in 2014, and she’s using this opportunity to be a sounding board and source of support for women with similar loss. Tracye understands that unique situations make grief more complicated. “There are so many issues that come up with previous spouses and their children,” Tracye said. “The grief is hard, but then trying to figure out how you’re taking care of your children can be even harder.”

For Tracye, companioning other former spouses means listening and making sure they know that their grief matters. “Often times, when I’m speaking to an ex-spouse, I’ll just say ‘I too lost an ex-husband, and ours is a different kind of grief that is overlooked by family and friends,’” Tracye said. This simple reassurance helps survivors open up about their grief.

“At TAPS, nobody is going to judge you. Nobody will say your grief doesn’t matter, your grief isn’t relevant. I’m there for them because I know what it feels like.”