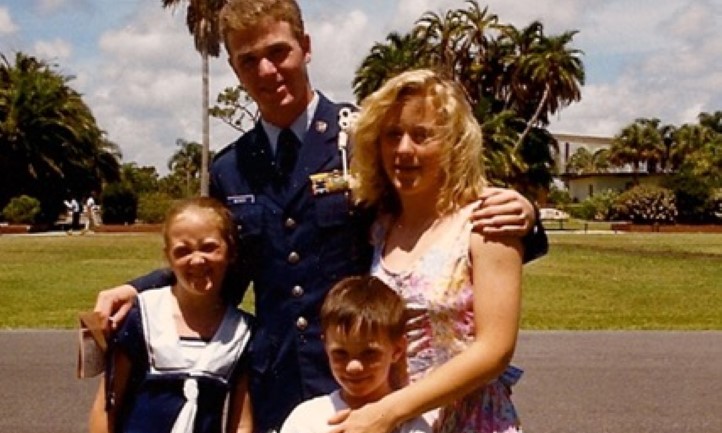 [Editor’s Note] When a sibling dies, we lose our first friend. The person we were meant to grow old with is no longer here physically, and it can feel so lonely. But the relationship still exists. Here are six ways that help surviving sibling Glenn Weaver still connect with his brother Todd.

Todd was an amazing athlete...and I wasn't. He played all sports, but baseball was one of his favorites (come to think of it, he wasn't good at anything equestrian, but that's a story unto itself…). I used to watch his American Legion and high school games in Virginia. A year or so before he died, he was playing catch with my boys in our backyard, throwing them pop-flys. My boys were 8, 9 and 12 at the time and were amazed at how high Todd could throw the ball — so much higher than dad. Now my boys are playing high school ball themselves and watching them reminds me of Todd. They've kept that part of Todd alive for me.

Todd came of age in the late ‘90s, listening to bands like Green Day, Foo Fighters and Gin Blossoms. I already had a young family by then and really wasn't paying attention to popular music, but I remember what Todd was listening to. Now I have a late ‘90s rock and alternative playlist that I enjoy, especially when working on my car in the garage.

Todd loved sneaking beer. He convinced my parents to set up a ping pong table so he could have these secret beer pong games with his high school buds. I don't think my parents noticed all the bottle caps glued under the table until years later. I can't enjoy a beer today without thinking about that.

When he was little, Todd loved making monkey faces. He was a real clown, and, as the youngest of four, he just loved all the attention his antics would bring. When my youngest was about that age he started collecting stuffed and plush monkeys. Over the years, he ended up with quite a collection and also started making funny monkey faces. Seeing a plush monkey or thinking about those monkey faces my youngest used to make reminds me of Todd and especially helps bring back the memories from our younger years.

I've deployed to Afghanistan four times since Todd was killed there in 2010. I've spent almost three years in Kabul, Qandahar, Asadabad and various other places around the country. My work in Afghanistan keeps me connected with Todd. I've wondered whether that's healthy, as my kids are all in their teens or older now, but it's just what I have to do. I'm in eastern Afghanistan now and will be here through October. Perhaps this will be the last time.

TAPS has become an important part of my life. I'm a peer mentor, have been to every National Military Survivor Seminar since Todd died, attended a few siblings retreats and led the TAPS Wisconsin Care Group for over a year. Connecting with other survivors, especially siblings of similar circumstances, keeps my relationship with Todd strong. He died just as we were getting to know each other as men, rather than being in that annoying older brother-younger brother relationship. That was hard. I know Todd would be glad I'm contributing to TAPS. He would want me to support other military survivors. Being a part of TAPS keeps that connection alive.

In what ways do you keep your connection with your loved one alive? Share the ways you still connect in the comments below.

Glenn Weaver is the surviving older sibling of Army 1st Lt. Todd Weaver, who was killed in Afghanistan in September 2010. Glenn served in the United States Army from 1990 to 1993 in the 3rd Infantry Division and later served in the Virginia Army National Guard. He is currently assigned to Afghanistan with the United States Foreign Service. Glenn is the oldest of four siblings.