Bonnie Carroll received a $100,000 check from AT&T and the Atlanta Falcons at their Salute to Service Game on November 12. The check was presented by TAPS Board Member Steve Cannon, and Bill Leahy, President of AT&T Georgia and Southeast Region. Over 200 TAPS families and their heroes were honored during the Atlanta Falcons game on November 12, 2017 as part of the NFL’s Salute to Service. 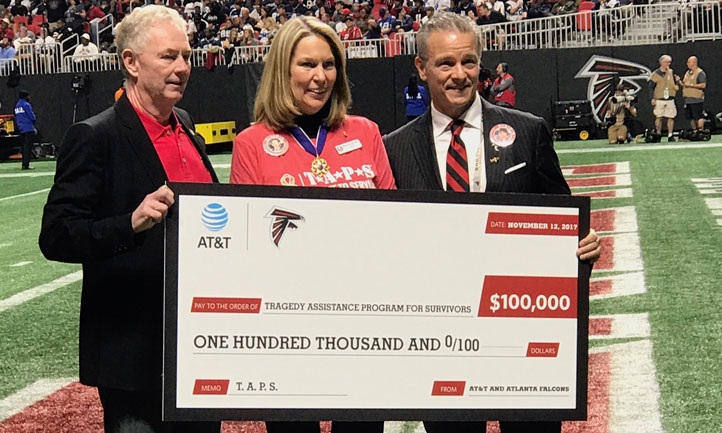