ABOUT THE "STONE OF HEAVEN"

Lapis lazuli is a relatively rare semi-precious stone that has been prized since antiquity for its intense blue color. Lapis is the Latin word for "stone" and lazuli is the genitive form of the Medieval Latin lazulum, which is taken from the Arabian lāzaward, meaning "heaven" or "sky", since the sky is blue; therefore, it is the "stone of heaven".

Lapis lazuli was being mined in the Badakhshan province of Afghanistan as early as the 3rd millennium BC, and there are sources that are found as far east as in the region around Lake Baikal in Siberia. Trade in the stone is ancient enough for lapis jewelry to have been found at Predynastic Egyptian and ancient Sumerian sites, and as lapis beads at neolithic burials in Mehrgarh, the Caucasus, and even as far from Afghanistan as Mauritania.

Behind the headlines, away from the politics, inside the battle, alone on the homefront, women in America and in Afghanistan are grieving the death of their loved ones – their sons, their brothers, their husbands. TAPS is building a bridge between these two distant worlds through the international language of comfort and compassion. 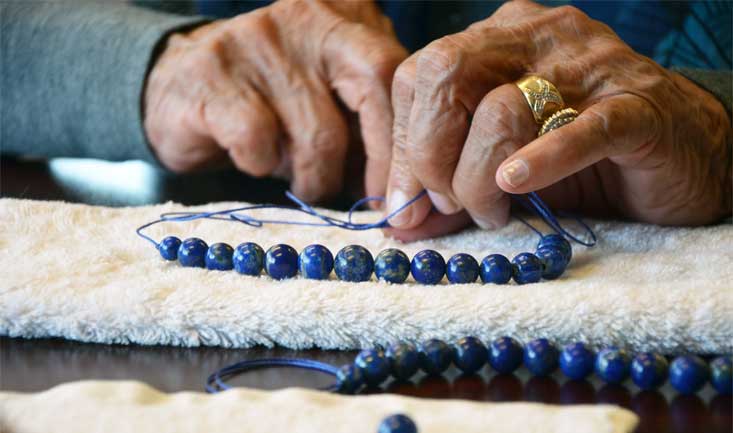 A group of women in America sat around a circle grieving their heroes, fallen on the battlefield, searching for meaning in their loved one’s life and service – and struggling to cope with their tragic death. They knew that behind the military mission in Afghanistan there had to be Afghan families like theirs, who were also grieving their own losses, and whose future depended on the outcome of the war.

On the other side of the world, a group of women huddled together in Kabul, grieving their losses and hanging onto hope, unable to feed their families or warm their homes. But they still held to the dream of doing the one thing they could do - create beauty in the midst of chaos by making jewelry from their native Lapis Lazuli stones. They didn’t have food or heat or electricity, but they had a vision that they could somehow make a difference in the world. In their hearts, they believed in a future and they had dreams. 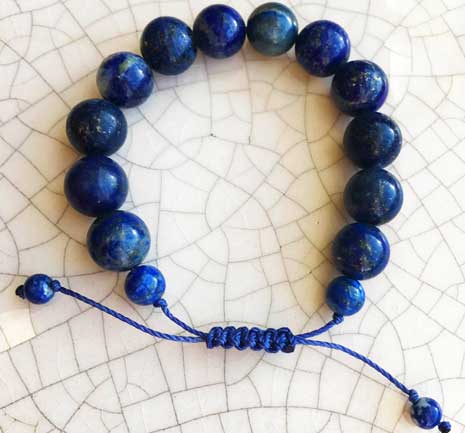 And they worried about the sacrifices being made by the Americans who had come to their country to help give them hope.

These women reached out to each other across the miles, in their sorrow, and built a bridge of hope and healing.

Join with us by buying and wearing our bracelet, made in Afghanistan and sent with care and hope to TAPS; then wrapped with love and gratitude in America by the families of our fallen heroes and presented to you.

We’re asking a donation for each new beaded bracelet. 100% of the proceeds from your donation will go direct to support this incredible cause.