Our dedicated and hard-working team of volunteers across the nation made it possible for survivors to find hope and healing on their grief journey in 2016. TAPS volunteers were able to give their time to further the TAPS mission, all while having fun. 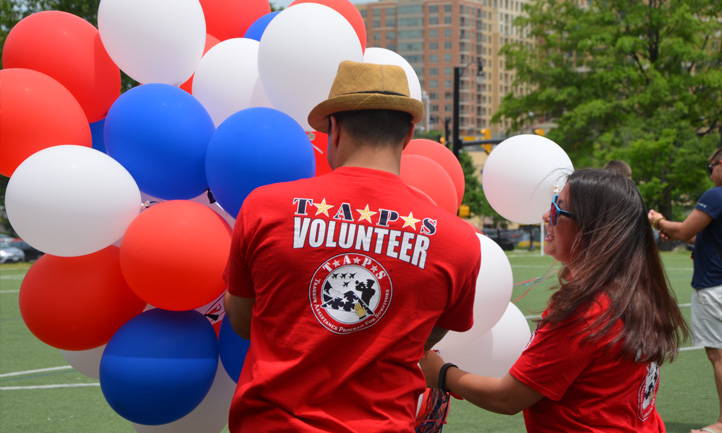 "This was the most fun and most fulfilling volunteer activity I've ever participated in, and volunteering has been a part of my monthly life for several years. I've never been a part of anything this incredible before," a TAPS volunteer said.

Volunteers supported almost every program within TAPS, from our Good Grief Camps to adult programming to Team TAPS races. Over the course of 2016, more than 1,400 military mentors were paired with nearly 1,600 children at two National Seminars, nine Regional Seminars and four Campouts. By caring for our youngest survivors, mentors were able to remind them that the military hasn't forgotten about their sacrifice.

You could also find TAPS volunteers at sporting events, helping to support teams4taps. Through the 2015-2016 Washington Capitals NHL season, nearly 100 volunteers mobilized to staff 19 home games at the Verizon Center in support of the Courage Caps fundraiser. With the help of these volunteers, we raised over $140,000 dollars in sales with 100% of proceeds going to TAPS. 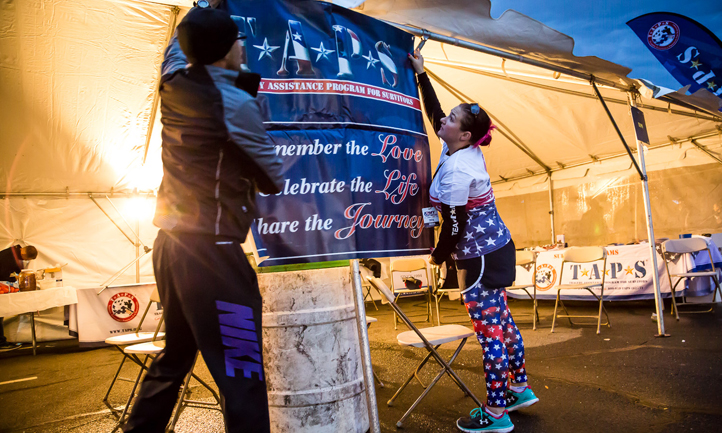 Over 100 TAPS volunteers supported Team TAPS efforts across the nation, staffing over a dozen Team TAPS races to support runners who were fundraising and running in honor of fallen heroes. Nearly 500 hours of service work was dedicated through race weekends to staff expo booths, man finisher tents and pass out water.

As we head into 2017, TAPS is forever grateful for the continued support from volunteers. In 2017, we'll continue to need volunteers for our Seminars, Team TAPS races, fundraisers and monthly service projects local and abroad. Email volunteer@taps.org to get involved today.