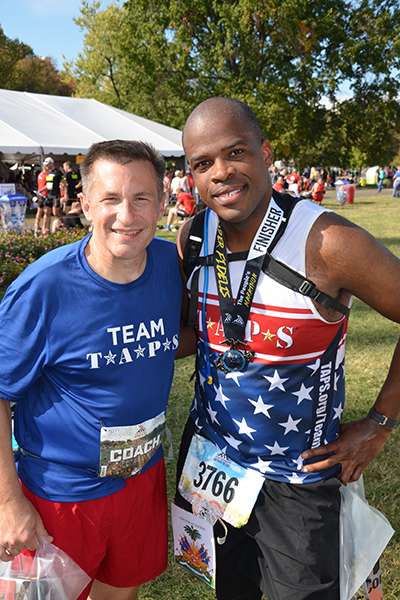 From Disney, to Vegas, to Alaska, Team TAPS pounded out over 15,000 miles to honor our fallen heroes and raise money and awareness for our TAPS families. It was a year of historic firsts with Team TAPS members participating in the New York City Marathon, Ragnar Relays and an Ironman. We also joined forces with an outstanding group of female high school softball players in Utah and expanded our community events from Chattanooga to Colorado Springs.

Our Team TAPS runners passionately fundraised to support the programs and services available to survivors, while also spreading awareness of the TAPS mission and sharing stories of our nation's fallen heroes. Team TAPS makes a difference in the lives of survivors and runners alike.

Losing someone you love or care deeply about is very painful.  The Team TAPS endurance challenge program offers survivors a way to leave their pain and emotions on the race course, where they often find healing in the rigorous training and success of reaching their goals. 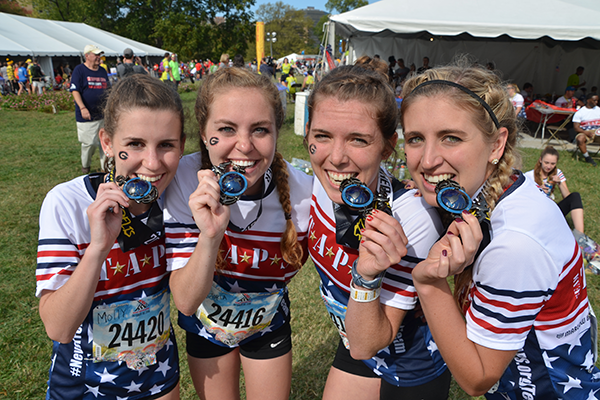 "My little brother recently passed away, and my way of dealing with it was preparing for this race," a Team TAPS athlete said about the Marine Corps Marathon. "I wanted to cry and break down the entire time I was running, but I knew how proud my brother was of physical accomplishment and all the money we raised for this amazing organization. I let all the emotions that I had locked inside out. Thank you, Team TAPS, for letting me be part of this. I plan on being involved every year."

Team TAPS also gives our supporters the opportunity to honor the fallen by wearing the TAPS singlet and hero photo in races across the country.  Our match program pairs runners with fallen military heroes.  TAPS families feel the support of a whole nation when they see their loved ones' faces flash by on the race course.

We're excited for 2017 as we continue to make every mile a memory. For the first time, we'll be heading to the Chicago Marathon. We'll also return to Disney World with two separate races and will be back at our favorite races in the D.C. area, the Army Ten-Miler and the Marine Corps Marathon.