It’s been 11 years since my husband died by suicide. It has been a journey of excruciating pain and devastating loss but it has also been a journey of immense growth and a new understanding of the world around me. Like most suicide survivors I have a burning desire to understand why this happened to my loving husband and a need prevent this from happening to another military family. 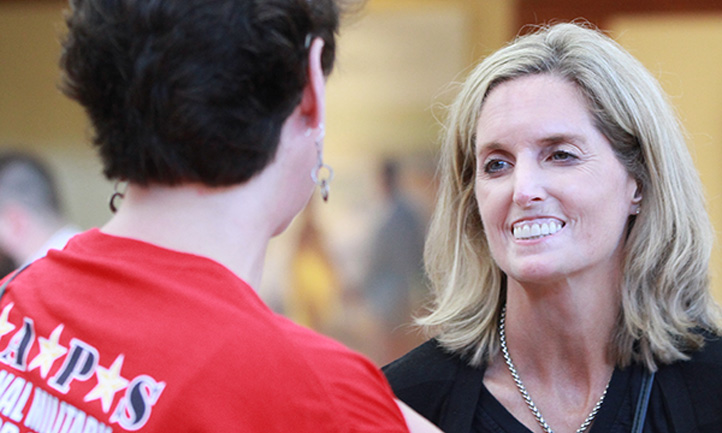 My first instinct was to talk about all the things that went wrong and contributed to my husband’s death.

Our voices were heard and in many cases it was the first time providers heard “the rest of the story” about the service member who died.

At the same time we were telling our stories, there was a lot of exposure about problems with the Department of Veterans Affairs (VA). The VA was portrayed as an uncaring and broken place. There were also many stories about veterans coming back from combat with severe PTS which caused them to be aggressive, angry, and out of control. There were stories about suicides and murder/suicides.  I wanted the military and civilian community to be aware of the problems and to feel compelled and inspired to make a change. Change happened, but I could not have foreseen additional consequences stemming from awareness that negatively impact messaging today.

I first became aware of the impact of negative messaging at a DOD/VA Suicide prevention conference. There was a researcher who looked at stereotypes of veterans and the impact on getting a job in the civilian world. This researcher found:

The researcher feared this view would not only impact employers but would also change the way civilians view veterans in general. He argued the majority of veterans are healthy, dedicated, loyal, and strong but the public no longer believe this.

As I learned more about messaging, I discovered something even more disturbing. Many veterans who heard all the bad press about the VA were now avoiding the VA all together and suffering without care. The press, and the frequent use of the somewhat misleading 22 number of veteran suicides per day statistic, added to the increasing feeling the problem is overwhelming and un-fixable. Yet we know those who are in the VA’s care are less likely to die by suicide than those who are not. Additionally we know out of the 20 veterans reported to die by suicide each day, 18 of those were not in VA care.

There was something else which really made me rethink how we talk about suicide, veterans and the military. A family was referred to TAPS after their veteran son died by suicide. Their son left a suicide note that said in part, “I will be one of the 22 who die today. There is no hope.”

Hopelessness about the ability to get good treatment and survive is now adding to the suffering.  We all want to end suicide in the military and the veteran population. We want to raise awareness so changes are made. It is time for us to come together as survivors, professionals, public organizations, and private non-profits and think about the messages we are sending those who are suffering and those who can offer opportunities to our most valuable citizens - our veterans.

Yes, there is a lot to fix. Let’s continue going directly to the source and demanding change, but at the same time come together, united in providing messages of hope and healing. 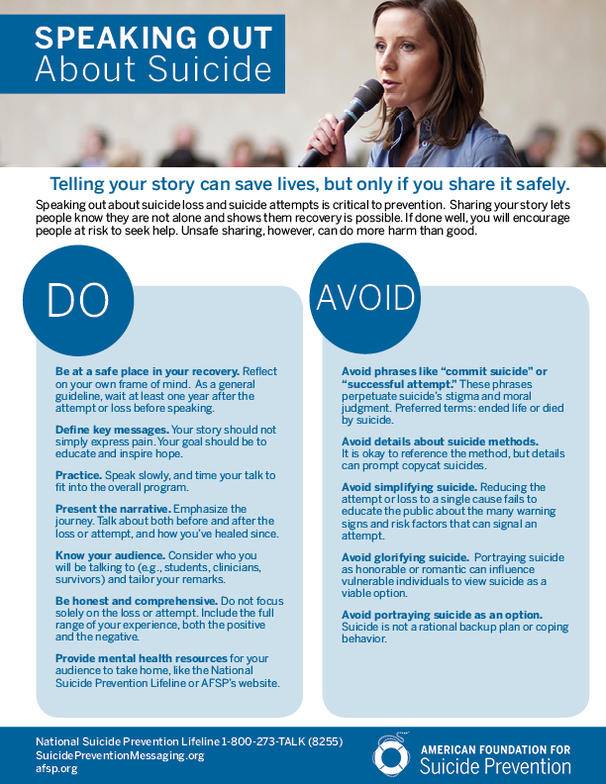