Deployments are always hard. No matter how “easy” they are. You are away from your family, home, and life that you know. You are typically working 12 hours a day, six days a week, if you are lucky. And, even in the “safest” of locations, there is still the risk of the base being targeted; or even being injured by equipment put together by the lowest bid winner. But, the death of your battle buddy by suicide makes a deployment nearly impossible to endure. 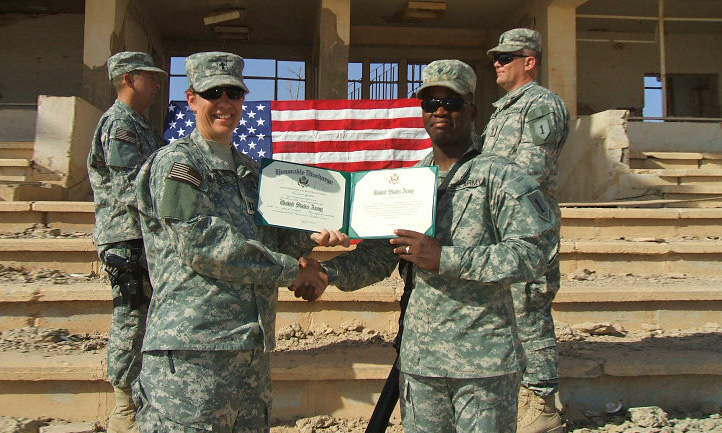 I was a newly minted Chaplain, having graduated Chaplain’s Officer Basic just a few months before we deployed. My partner, Quincy, was a specialist who had left the military and returned, being assigned as my assistant just a month before we left for Kuwait en route to Iraq. We developed a great working relationship and seemed to be an asset to the unit we served, getting to know the troops, offering advice to command, and of course providing spiritual support to all.  He was my force protection, ensuring my safety when we went “outside the wire” (Chaplain’s are not armed and must rely on the assistant for protection in theater); he was the one I worked with for those 12 hours a day, six days a week; he was the one who helped me provide all ministry support and counseling to the nearly 800 person battalion we served.  As such, Quincy became a friend and someone I knew I could count on, my battle buddy. That all changed when he died on 2 June 2008.

Everyone has heard of the five stages of grief - denial, anger, bargaining, depression, and acceptance. One part of the first stage (denial) that is often forgotten is isolation.  For me, as a Chaplain far from home, I was already isolated. See, we chaplains are not truly accepted into the officer’s corps, and as officers, we are not accepted into the enlisted corps. We don’t “fit” anywhere except with other chaplains, yet are wanted everywhere. On our base in Iraq, there were only five battalion chaplains and we were spread out over a number of miles.  The closest was about a mile away with the next closest about three miles away.  Needless to say, as we had no way to getting to each other’s offices except for walking, and with our own battalions to care for, we didn’t see each other very often. Without Quincy to work side by side with, I was more isolated than ever.  While I attempted to continue to care for the unit, I seemed to have done my best to isolate myself even more.

As for the other stages of grief, there wasn’t really any denial - I seemed to have known who it was who had died before his name was spoken;  I was not angry at him for making the decision he did, but merely grieved for his family and myself for the loss we now experienced.  So, I suppose I went directly to acceptance, but at the same time maintained two stages of grief for years - isolation and depression.

Oh, yes, depression took a hold on me like I had never known. And, with the real, and perhaps imagined, isolation I found myself in, depression caused me to turn toward suicidal thoughts myself.  I searched for ways and opportunities to end the pain of my heart. These thoughts, becoming more frequent, alarmed the other part of me that knew I wanted to stay.  That’s when I knew I couldn’t perform duties any longer and needed a break. I left for R&R early, with the intention of returning in a month.

The month turned into two, but I did return to Iraq. However, while the suicidal thoughts had lessened, the depression remained, and when I completed my tour, that depression turned once again into suicidal thoughts. The day I returned to the states, I found myself in the depths of despair knowing Quincy, my partner, my friend, my battle buddy was not going to return as well. I spent a miserable flight fluctuating between hot and cold, nauseous and sleepiness due to having taken too much medicine meant to help me sleep after I returned to Iraq. I made it back to the States, but the pain that started at the beginning of June did not abate.

After a couple of months back home, not being able to connect with my husband and young children, not being able to enjoy work nor even truly know how to continue work, I sought help. I turned in items to my doctor knowing I was not safe with certain things in my home, and was immediately sent to the hospital. That was the first of many trips to various psychiatric centers attempting to lessen the depression, deal with the PTSD that developed, and return me to normal.  What I found was there would be no returning to what had been normal, but simply finding a new normal which allows me to live with a grief that never goes away.

It has been nearly eight years since that day in Iraq. I continue to struggle with PTSD and am in fact rated at 100% disabled for PTSD by the V.A.  The depression is definitely better, but it still prevents me from returning to my military duties.  However, I’m making this most of this new normal, for myself and to give meaning to a life cut short. I volunteer in many capacities, home-school my children, and have even self-published a book on my experience in Iraq and the suicide that changed my life.

Grieving after the loss of a friend from suicide never ends. It is a pain that never dies; ironically suicide deaths are often due to trying to end pain. It doesn’t though, it merely transfers it to surviving friends and family. It gets easier to live with that pain and the grief.  Life takes on new and different meanings. While it is a pain that I would never wish on my worst enemy, I have found that experiencing a suicide loss has allowed me to help others in ways I never could have foreseen before June 2, 2008. In so doing, I like to think Quincy is still impacting others through me too.