There is a distinct difference between listening and hearing. Hearing is simply processing sounds, but listening is intentional and takes great focus. Listening means feeling the emotions behind each word and interpreting the silence between each sentence. Listening is a skill upon which Dana O’Brien prides himself. 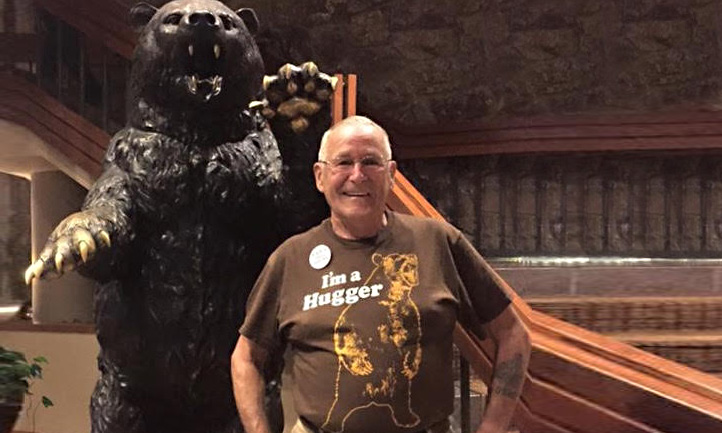 Dana, known as OB by many, believes listening is the key to success as a Peer Mentor. “You have to listen,” Dana said. “Don’t think you’re going to go out there and give a bunch of advice. You just need to listen.”

Peer mentoring brings great joy to Dana’s life, but it was not the original path he intended his grief journey to take. Dana and his wife, Linda, heard about TAPS and decided to attend an event at the last minute. After that, they were hooked, and 11 months into their grief journey, Linda decided she wanted to become a Peer Mentor. With some prodding, she was able to convince Dana to attend a training with her, although he still had his hesitations. During the training, he became interested and ended up sticking with it to become a Peer Mentor.

For Dana, mentoring became an opportunity to give back to people who are in the same place where he was soon after losing his grandson. Dana said he felt shame and embarrassment after his grandson died by suicide, and he’s able to offer support and understanding to new survivors wrestling with the same emotions.

“It makes me feel great to have people open up and talk about their loved one and not hold it in anymore and release their pain,” Dana said.

Despite all the work Dana has done to help other survivors, he says peer mentoring actually helps him more than anything. After serving in the Vietnam War, Dana had his own personal struggles that he needed to confront. He said he locked away many memories and emotions from that time in his life for more than 45 years.

Being involved with TAPS and peer mentoring allows him to open up and talk to others about his emotions. Dana said he used to be closed off and uninterested. “You become a Peer Mentor, and you think you’re helping the other person,” Dana said. “And you are to some degree, but you’re actually helping yourself.”

Dana’s advice to other Peer Mentors, aside from listening, is simple: don’t give up. It may take months, or even years, for a new survivor to feel ready to connect with another person, but being persistent can lead to fruitful relationships. Dana recalls tirelessly working for two years to form a connection with a mentee. When the mentee was finally ready to talk, Dana made it clear that he would always be there for the survivor. He said it felt so rewarding to finally get a call from the survivor after two years.

Peer mentoring is something Dana takes to heart, and despite his initial hesitations, he says he has gained so much from his time as a Peer Mentor. “We lost our grandson, but we’ve gained grandchildren, children and friends through TAPS. TAPS is our family.”