My name is Angel Munoz. I am a veteran of the United States Army, and this is my family's story. Along with having the distinct honor of calling myself a veteran, I can also call myself a proud sister of three brothers who also served in the military, and they all served in this war with Iraq. The youngest of the brothers both served in Iraq as Marines and the oldest of the boys, Army Spc. Robert Ray Arsiaga, was killed in action on April 4, 2004. He and seven other brave men were killed that day. One of them was my brother's best friend, Spc. Isreal Garza of Lubbock, Texas. On September 4, 2015, our baby brother, Marine Sgt. Jeremy Adam Arsiaga, ended his battle with post-traumatic stress and depression just two days before his 32nd birthday. 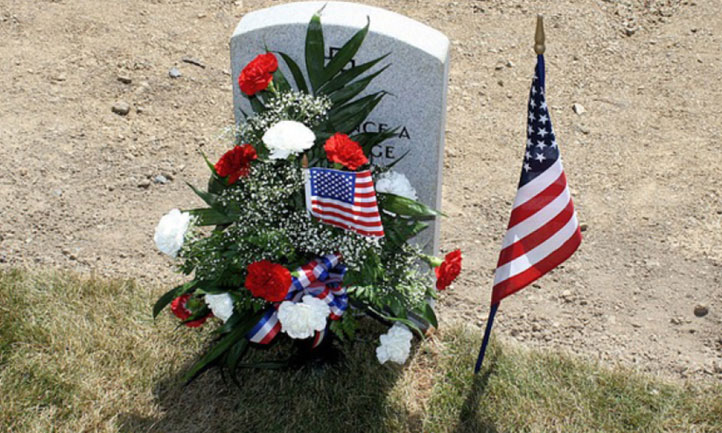 As you can imagine, there was nothing about our service that could have prepared those of us left for the devastation and havoc this wreaked on our lives. This second loss sent our family reeling and grasping for some sort of ground to stand on. Our hearts were ripped from our chests. As we all signed the same line as Robert did, we could put some rationalization to his death. You see, it could have been any of us. It is what we were all trained to do. None of us ever signed up to come home and suffer the persecution that the demons and memories of war would bring upon us. These demons ultimately took the life of our baby brother. As assuredly as I live and breath today, I promise to scream from the top of my lungs that something must be done. My brother should still be here! There are thousands of others who should still be here but their lives were cut short because the demons and memories were just too loud. They were louder than the help they were getting.

Here I will set apart two days that are set aside to honor those who have died and those who have served. Memorial Day at different points in my life has meant different things. Before 1996 it was a day we would get off of work or school. A national holiday where we would barbecue and spend time with family. We were told that it was a day to honor those members of the military who sacrificed their lives. After that and before April 2004, it would soon become a day where I would remember my friends, family and brothers who served in the military with me. I now understood just a little more of the significance of the day. After April 4, 2004, the day my little brother, Spc. Robert Ray Arsiaga, and seven other men were killed in Sadr City, Iraq. That forever seared in my mind and heart the true meaning of Memorial Day. Now my family learned the magnitude of the sacrifice and the full cost of war. A day that changed our lives forever.

Now, on Memorial Day we get to do quite a few things. We wake up and hit the streets to watch the Memorial Day motorcycle honor ride. Every year since my brother's death, we stand out there and watch as thousands of riders and veterans honor, not only my brother, but the sacrifice of countless others, too numerous to count. Secondly, we go out to the cemetery where my brother lies and release balloons in memory of the life we have come to miss so much and the sacrifice we have come to respect as a military family. We also visit the graves of my great uncle Maximo Munoz and that of my grandfather Modesto Munoz. They both served in World War II. Lastly, we enjoy the precious time we have with the family and friends that still remain.

I want everyone to know that Memorial Day is not just about the days off, barbecues and parties. I want them to know that it is about the men and women who wear the uniform of our great military, the ones who made the ultimate sacrifice, those who lost life protecting each other and the very freedom our country stands for. I would like for them to take time out of their busy days and go to a memorial wall or cemetery and take in the realization that so many have died to protect our very right to live and to live free. As this Memorial Day and those of the future will take on a new meaning for my family and others like ours, we will remember the lives of the men and women who, at an alarming rate, are taking their own lives with little to no help or understanding from a majority of the community. My baby brother's death will not be in vain. I will forever miss his strength and wisdom.

There are two days reserved for the nation to remember our men and women in uniform. Those days are Memorial Day and Veterans Day. Although the same in some aspects, they are also very different. Veterans Day is about remembering those service members who came back home, those who carry the memories and horrors of war. Those who have seen the bloodshed, no matter the campaign. Those who bore witness to the deaths of their friends - no not friends, brothers and sisters! Memorial Day is about those no longer with us. Some were young, old, brothers, sisters, cousins, friends, lovers, husbands, wives, mothers and fathers. No sacrifice greater than the other because through it all many hearts were broken and lives were changed forever. Both days have one thing in common: to always remember that all gave some and some gave all. God bless every single last one of them and the families left behind.