Phil and I had a good marriage–a great marriage–for 23 years, but neither of us was perfect. I would say and truly believe he was a better person than I am still. We had staying power and we were both committed to our marriage through thick and thin, but there were hard times. There were many times when I felt lonely, invisible, last priority, and less of a woman. It wasn’t intentional often, but we had more children than most and Phil was an incredibly hard worker. Make no mistake, we were involved in everything our children did and during 23 years of marriage, Phil was deployed nearly half of the first 12 years of our marriage. When he was home, he knew he had one chance to be a good father. Since he was raised with absent parents, he craved the family he always wanted. So often, I got lost in the shuffle. 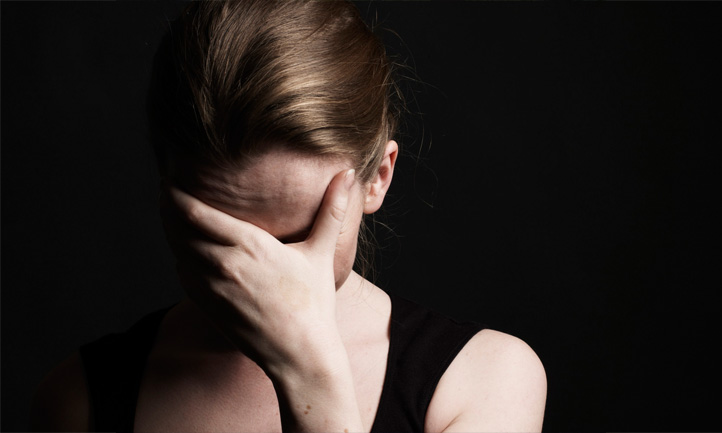 We married just after Phil’s 21st birthday. I had three children from my first marriage and their birth father chose not to be involved at any level. Phil was the only dad my three children knew (and the two we added to the family)–he was simply dad. We did things as a family because there were no other choices. We chose for me to stay at home and as an enlisted man with five children, we certainly lacked any money to have couple time. I waited. Waited for it to be my turn.

My birthday was more often forgotten and when it was remembered, it was remembered at the key birthdays to tell me how old I was getting. I saw (and see) the wrinkles etching my face. While I never felt old (still don’t), the numbers tell the truth. In the craziness of giving to everyone else, I was often the person whose birthday or key days got lost which made me feel like I did not matter except as a mom sometimes. I always figured the day would come and the children would grow up and that Phil would see me again and want just time for the two of us. See, we were great friends. We were the unit that stood strong together and Phil and I were one deep. It was simply the two of us. I figured the day would come when he would give me bells and whistles in terms of trips just the two of us. I thought one day he would stop chasing his youth and seeing me as old. I thought one day he would realize it hurt me every time he blew off the key days or he made everyone else a priority other than me.

That day came when he finally remembered my birthday, yet he was not alive to see the gut-wrenching reaction I still have. I did not want him to deploy and he did not have to deploy. While I do believe that if it is a person’s time to go, it is their time to go regardless of geographical location, I never, never could imagine a fate worse than the one he met. He chose to deploy on his quest to get ahead, for job stability, to mentor cadets and his children, and to prove his vitality to the military. He had his eyes and teeth fixed just before the deployment and he went on an extreme health kick. At the same time, he was a full time student, working full time, and trying to spend as much time as he could with the youngest child (because the youngest wanted the mentorship). There was no room for me. I was patient and the day came about four months into the deployment when Phil wanted to work on us and to work on the relationship minus children. In earnest, he began to pursue me again. He promised things would be different. Damn you, Phil, for waiting so long. When his things came home, 20 unwritten cards came home with it (the miss you/love you cards). More than that, he had been working on surprises for my 50th birthday–jewelry, scarves, trinkets). He was going to hit it out of the ballpark and he never got the opportunity.

So, here I am…weeks away from the next pivotal birthday and I feel beaten. Listen, Phil….I am cranky at myself for never speaking up. I should have. I knew you loved me, but I deserved to be shown once in awhile. I deserved to be priority one once in awhile. Granted, I will tell you I fell short every day, but why in the heck did we wait so long to enjoy the station of life we had finally achieved? Why did I make it so damn easy for you to make me a last priority? Why didn’t I feel like I could speak up?  Why did I let you make me feel old?  The onus is on me. I own my feelings, but I let 23 years slide by allowing your star to shine and for you to do what you needed to do. I do not think it was a bad thing, but I was more than a homemaker and more than a good mother. I was your best cheerleader, your foil, your helpmate.

I am tired and feel like less. I don’t feel lovable today. I have never been angry at you, Phil, but I am this week. Listen, I know your eyes lit up when I walked into a room and I know we were truly the best of friends, but I also wanted your undivided attention at times. I wanted to feel special. I wanted to feel like I was worth celebrating once in awhile. If you were alive, I know we would have figured it out because even you recognized we needed one on one time once you deployed. That Venice trip that was your idea?  You had so many grand slam ideas and gestures you never got to see. I wish you would have. I wish we hadn’t waited so damn long. I wish you could see how much I have changed. I no longer can wait when I care about people. I no longer stand mute in the shadows. You deserved the Linda I changed into. You deserved more.