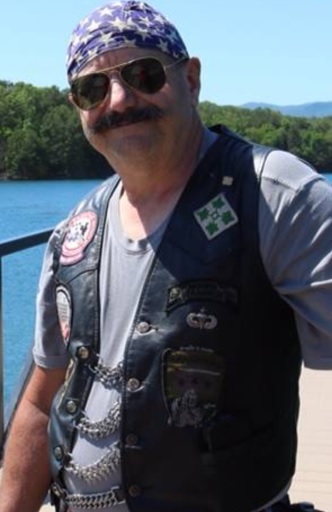 I came to Peer Mentoring not by education but by experience. I was involved with my church for a number of years with an organization called Stephen Ministry, a program that trains people to help others get through hard times by offering support and letting people know they are not alone in their struggles. I came to Stephen Ministry after losing my older brother by his own hand.

I worked with Stephen Ministry for two years before my wife and I received that horrible news no parent wants to hear: your child has perished. Our son, Chief Warrant Officer 2 Mark W. Evans Jr., was in the Navy for seven years as an Aircrew Rescue Swimmer, and then, wanting to be in the front of the aircraft, he transferred to the Army and completed Warrant Officer School and flight school to become a Black Hawk pilot. He was a pilot in Iraq and was killed in an aviation accident in Texas.

When Mark made the decision to join the military, it was always in the back of our mind that the next time we would see our son might be the last time, but it was always a hope that it would not happen to our family. My son left behind a wife, a son and a daughter, and, to his wife’s credit, she has done an amazing job raising my grandchildren after losing her soulmate.

I have co-facilitated a bereavement group for 11 years and have been a Peer Mentor for four and half years. I find TAPS to be a wonderful program for families who have suffered the death of a loved one in the military. This loss can be very different; it is very bittersweet because you are very proud of your loved one, but miss them so badly.

After the loss of our son in 2004, my wife passed away in early 2012. The only thing that has been my saving grace is knowing the loss I have experienced has given me the unique tools to help others know that what they are feeling is normal, they are not going crazy and that they are not alone.

When I first make contact with a mentee, there is usually a lot of confusion and fear about what to expect next. I explain that they can expect people to say really dumb things (“They are in a better place,” “They died doing what they loved,” etc.). We all know they would rather be with us. Also, people who we thought would be there through thick and thin are nowhere to be found. Most of the time, it is only that they don’t know what to say that won’t make us sad. That is what we live with 24/7, but they have just not suffered a loss like we have. But, if we are really lucky, we find a person we least expect who will be there with love and comfort to help us survive this nightmare in which we are living.

People usually think grief is a thing that as long as you experience the seven stages of grief it will be all over, and they are really disappointed when it keeps coming back at the most unexpected times. After a while, you will know what triggers the sadness — a song or something that happens to cause you pick up the phone to call your loved one only to remember they will not be answering. Then, after a period of time, which is different for everyone, you will learn your new normal without your loved one in it, and you will find that you can survive, just differently than before.

My favorite memory of being a Peer Mentor happened three years ago while walking around the banquet room at the Memorial Day weekend TAPS National Military Survivor Seminar. I came upon a table with a couple of ladies sitting there, and I asked it they would mind some company. We had talked for a while when one of the ladies left and I continued to talk with the remaining lady and asked about her loss. She said, “Nine years ago, my husband was flying with General Allen ...” At this point, I interrupted and said “My son was the co-pilot!” In a room with 2,000 people, what are the chances of our meeting like that?