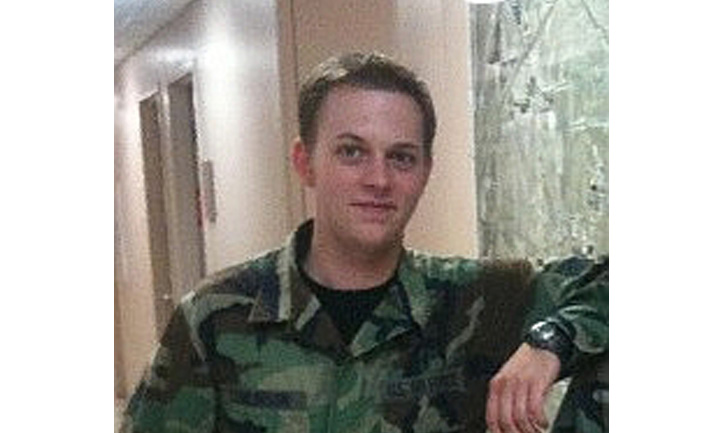 “How are you?” concerned friends asked. “Fine,” I lied. And thus I began to zip myself into the Fraud Suit I wore everywhere, to church, to the store, to the library, to the Post Office. No matter where I went, no matter who I was with, I was well zipped into that suit.

A zipper is a marvel of engineering. It is one of the least essential inventions yet immeasurably useful and incredibly secure. When I received the news of Patrick’s death I immediately pulled my disbelief around me, not even realizing I was inserting the pin of despair into the box of anguish in order to seal shut my heart from the world I had to face once dawn broke that first day of the rest of my life.

When the sun rose I slid the pull tab up, hooking closed the first set of teeth so I could call my other children, my family, my minister. With each call I slid that pull tab up another set so I could speak the news. Much later, my family and friends told me I had sounded so calm, so comforting of their shock and grief. It was the Fraud Suit that made it possible. Zip, zip, zip.

Picking the plot, choosing the scriptures, writing the obituary, with each task I zipped up that suit another set of teeth. Zip, zip, zip. Arranging to fly across the country to the Base, meeting with the Staff Sargent assigned to me, identifying my son’s body … oh yes that last one bit hard, required many teeth. Zip, zip, zip. My Fraud Suit was fast becoming my new skin.

Going with the hearse to the airport to bring my son home, watching as the plane stayed on the tarmac until after we left, zip, zip, zip. Seeing that young woman pushing a baby carriage stopping and placing her hand on her heart. Zip, zip, zip. The funeral, hearing Taps, that flag placed into my hands. Zip, zip, zip. Each day, another zip. Day after day as caring family and friends hurt to see me hurt. Zip, zip, zip so they wouldn’t hurt.

By the time I called TAPS almost six months later, when I didn’t think I could breathe anymore, I was fully encased in that Fraud Suit. But with TAPS came the help I didn’t even know I needed. “Would you like me to contact a counselor with the Vet Center?” the TAPS angel caringly asked me that dark January night when I sat alone on my cold kitchen floor. “I don’t know. Oh God, yes, I think so,” I admitted as I felt the slide on my Fraud Suit zipper go down one set of teeth.

The very next day I got a call. I hadn’t answered my phone for weeks but this afternoon I picked up the receiver. “Hello?” “My name is Dan. I am a Bereavement Counselor at the Vet Center and I would like to help you.”

Unzip. Unzip, unzip. For the next two years, between the counseling and TAPS’ seminars I slowly, carefully permitted that slide to separate the despair and anguish from my hope. Unzip, unzip, unzip.  I still wear the Fraud Suit, oftentimes loosely draped about my shoulders as I attend to this business called life. Sometimes I need its subtle protection, sometimes I leave it hanging on the coat rack. Maybe one day I’ll leave it off at the thrift store. Or maybe not. There’s no timeline here. TAPS has taught me that.