We are thinking spring here as much as possible in D.C. after the latest ice storm. It has been a cold winter here, but there’s been so much to warm our hearts this past month as the Tragedy Assistance Program for Survivors (TAPS) geared up for our twenty-first year of caring for the families of America’s fallen heroes. 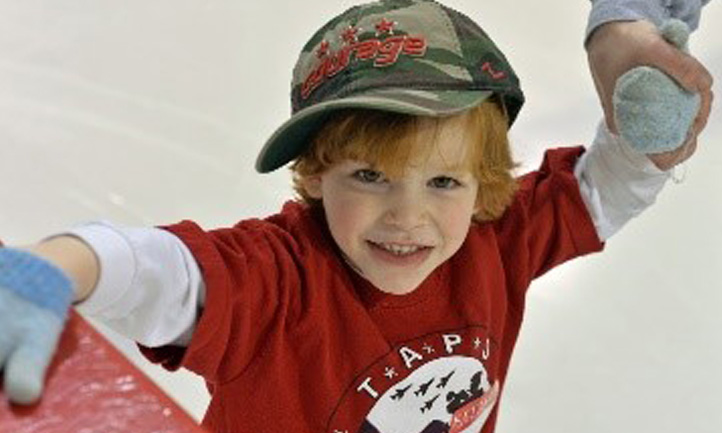 Our staff has put together an awesome schedule for 2015. We hope to see many of you at our TAPS Seminars, Retreats, Camp outs, and Team TAPS race events across the country this year. To check out the full list of events, visit the TAPS Calendar of Events page.

The journey began on the chilly final day of January, when TAPS went anchors aweigh to the United States Naval Academy (USNA). Nearly fifty surviving children of America’s fallen military heroes took part in “A Day in the Life of a Midshipman.” The children, ranging from four to nineteen years old, learned about leading and mentoring others, overcoming adversity, and being physically fit from third-year Midshipmen (Mids). The Mids hosted the event as part of the Academy’s Martin Luther King, Jr. Day service project. The first of its kind, this Good Grief Camp was held on the campus of a service academy. It was a tremendous success and an absolutely fun-filled day for kids, staff, and Midshipmen. 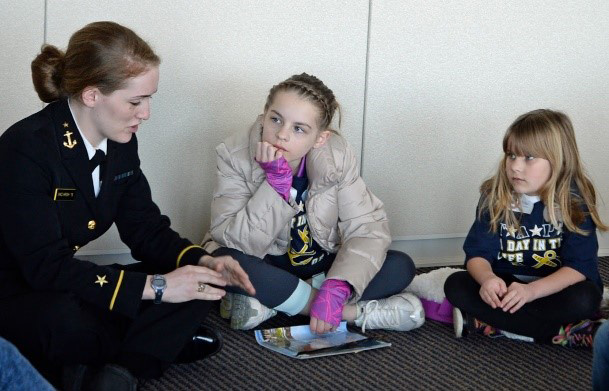 The kids had a terrific time exercising with the Mids and forming connections with a generation who themselves share the unique legacy of service and sacrifice with our young survivors. The Mids were extraordinary with their young charges, with both an instinctual sensitivity to each child’s grief and an unswerving energy that helped keep the kids entertained. We heard, “Awesome!” quite a bit from our smallest reviewers when describing their experience.

We hope to continue this partnership between the USNA and TAPS in the future as it provides young survivors with the military connection so many feel they lose after the death of their loved one in service to our nation. 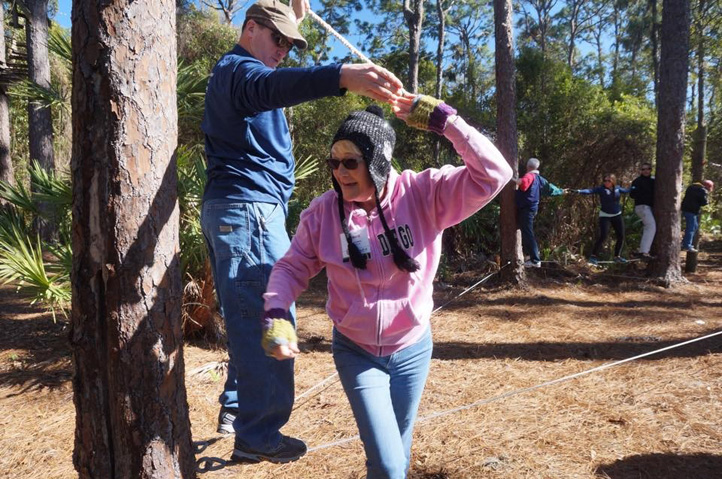 As we rolled in to February, TAPS Retreats got underway with the first parents gathering of the year in Tampa. Forty parents of fallen service members came together in Tampa Bay, Florida, the weekend of February 19-21 to remember the love and celebrate the lives of their children who died while serving our country.

The retreat included the physical challenges of a low ropes course, raft building, and the Gasparilla Distance Classic with Team TAPS. The race is part of the famous Gasparilla celebration held annually in Tampa. Parents walked or ran in the 5K to honor their sons and daughters and made it part of a fundraiser for Team TAPS in order to help support additional TAPS programs like this retreat. 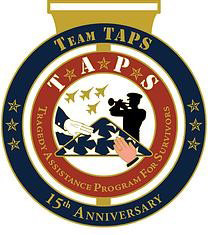 Speaking of running . . . TAPS is marking the fifteenth anniversary of Team TAPS in 2015 with a virtual run and commemorative medal. We know for many, taking part in a race is a fitness goal. So, we’re making it easy this year for you to join our team and earn some extra race bling. With the Team TAPS Fifteeth Anniversary Virtual Run, you set the distance, you set the time, you decide the ideal weather, and you set the location. Make it a group effort, an organizational fun run, or enjoy the relaxing solitude of a good jog/walk. This is your race. Just sign up and your registration fee goes to help the TAPS mission to support families of the fallen.

Just because we’re dreaming of warmer weather, doesn’t mean we’re missing out on winter fun. Team4TAPS unleashed Courage on ice in just the last week with the Washington Capitals Courage Caps Campaign. More than 150 children and adults, connected by TAPS, took part in a skating party on February 24 at Kettler Capitals Iceplex hosted by the team and Monumental Sports & Entertainment Foundation. Families enjoyed time on the ice with Washington Capitals players John Carlson, Jack Hillen, Matt Niskanen, and Brooks Orpik; all of whom took the time to sign autographs, guide kids around the rink, and learn about the heroes we honor. 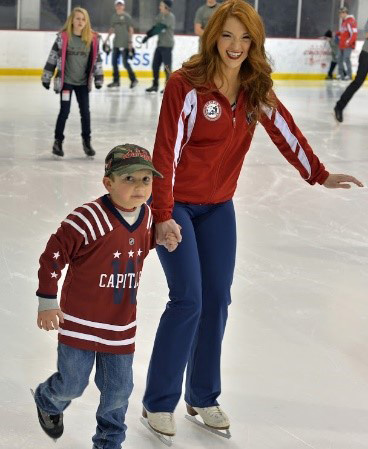 The event kicked off the 2014-15 Courage Caps campaign, presented by Telos Corporation, for its fourth-consecutive season. TAPS is the beneficiary of Courage Caps. TAPS will receive 100% of the proceeds raised through sales of Courage Caps and Courage shirts. You can buy your Courage gear beginning this week online on the Washington Capitals website, at the Washington Capitals Team Store at Kettler Capitals Iceplex, and at the Team Store and at stands throughout Verizon Center during Capitals home games.

Now the journey continues on in to March with the Alaska Widows Retreat, Charleston Moms Retreat, TAPS Honor Guard Gala, and San Antonio Regional Seminar and Good Grief Camp. It’s going to be an amazing year.

Oh, and don’t forget to register for the National Military Survivor Seminar and Good Grief Camp in Washington, D.C., this Memorial Day. The deadline for flight assistance is March 13.